Forget the snow for a second. The Boston Red Sox’s equipment truck leaves for Fort Myers on Saturday.

Have fun wrapping your head around that. It seems like just last week the Red Sox finished off the St. Louis Cardinals to win their third World Series in 10 years. Nevertheless, spring training is rapidly approaching, which means that it won’t be long before Boston’s championship defense is in full swing.

The NESN.com mailbag already is in full swing, though. You folks sent along some great questions again this week, so let’s not waste any time in getting to them. This week’s topics include the uncertainty around Stephen Drew, Will Middlebrooks’ future, Andrew Miller’s status, the Red Sox Hall of Fame and old friend Bronson Arroyo’s free agency.

If you were a betting man, where do you see Stephen Drew playing shortstop in a few months?
–Robert Troisi, @Baracademy101

Who said that I?m not a betting man? And who said that Stephen Drew will be playing shortstop?

Anywho, let?s kick things off with a Drew question. While the ongoing saga makes most people want to yank their hair out, it?s a timely topic given the conflicting reports surrounding the shortstop this week.

ESPN.com?s Jim Bowden reported Monday that the Red Sox offered Drew a two-year contract, and WFAN?s Mike Francesa said Tuesday that the New York Mets also offered the 30-year-old a contract. The latter report has since been shot down, with WEEI.com?s Rob Bradford reporting Wednesday that the Mets have not made Drew a formal offer. In other words, nothing really has changed regarding Drew?s future, but it?s almost as if noise must be made to make sure everyone understands that he?s still available on the open market.

The same two teams — Red Sox and Mets — continue to be tossed around in connection with Drew, so the safe bet would be to say that he lands with one of them. I?d probably give the slight edge to the Mets, simply because Red Sox general manager Ben Cherington sounded last month like he?s willing to move on unless a very team-friendly deal comes along.

I still wouldn?t be shocked to see the New York Yankees swoop in, though. Reports have indicated that the Yankees are done with their heavy lifting, but since they already exceeded the $189 million luxury tax threshold by signing Masahiro Tanaka, signing other free agents makes sense. I know the Yanks have added Brian Roberts and Kelly Johnson this offseason, but Drew would be a nice addition to New York?s infield — especially if he truly is willing to play multiple positions — and could be a solid successor to Derek Jeter at shortstop.

If you?re looking for a dark horse, I?ll say the Pittsburgh Pirates, although they might be hesitant to consider such a move because of the draft pick compensation attached to Drew.

In the long term, given the current CBA, wouldn’t the compensatory draft pick be more valuable than re-signing Stephen Drew? It seems likely that Will Middlebrooks? offensive production will be something similar to Mark Trumbo?s. In that case, the Red Sox still should be able to score plenty of runs.
— Tom Zeppa

Sure, you could make the case that the Red Sox are better off letting Stephen Drew walk, thus gaining a draft pick by virtue of their qualifying offer at the beginning of free agency. But I?m not sure that I agree with you.

The Red Sox are in a position to contend again in 2014, and Drew would make Boston an even deeper team. If the two sides figure out something that makes sense financially, particularly in regards to years, it?s hard to imagine the Red Sox backing away from making themselves better because of a draft pick that might or might not pan out in the long run. Keep in mind that the Red Sox already have gained a draft pick this offseason by way of Jacoby Ellsbury signing with the New York Yankees.

The Red Sox should be in good shape with or without Drew, but they?ll need both Xander Bogaerts and Will Middlebrooks to step up in 2014. Even if Middlebrooks doesn?t post Mark Trumbo?s power numbers — like you suggested — he must perform better than he did in 2013, or else infield depth could become an issue for the Red Sox.

Will the Red Sox keep Will Middlebrooks for one more season?
— Kelsey Beauvais

Yes, although I wouldn?t rule out anything beyond 2014.

Third base prospect Garin Cecchini could be major league-ready as early as 2015, meaning the Red Sox might eventually be forced to make a difficult decision. That could entail dealing away a third baseman to upgrade in another area.

Why do you still write about [stuff] that people don’t care about ?
–Gary, Brockton

How is Andrew Miller, who was sensational last year before being derailed by his foot injury?
— Winning Queensberry, Farmville, Va.

Andrew Miller should be ready to roll in spring training.

In fact, Miller — who really is an ?addition? when you consider he went down in July — will be an important piece of the Red Sox?s bullpen. The southpaw has excellent strikeout ability, and he could be used in high-leverage spots, particularly against left-handers.

Do you think the Red Sox will consider bringing back Bronson Arroyo? It seems his contract demands are within the Red Sox?s normal parameters.
–Peter Gallenz, Brandon, Fla.

While I think Bronson Arroyo will be a very nice addition to whichever rotation he joins, I don?t think a reunion with the Red Sox is in the cards, as Boston already has a surplus of starting pitching.

That being said, I?m surprised that other teams haven?t pursued Arroyo more aggressively. Arroyo, while not an ace, has been extremely durable, reliable and effective for an entire decade. He’s an excellent No. 4 or No. 5 starter.

Only Arroyo and Mark Buehrle have pitched at least 199 innings each of the last nine seasons, and only CC Sabathia and Dan Haren have totaled more innings than Arroyo in that span. Arroyo is tied with Haren for the most starts since 2005 with 297.

Providing innings is valuable in itself. It?s even more valuable when the pitcher gives his team a legitimate chance to win every five days, and Arroyo has done just that. The Cincinnati Reds have had a better winning percentage in his starts since 2008 (.531) than they have had when other pitchers started (.522), according to ESPN?s Jayson Stark.

Sure, Arroyo will turn 37 this month. But the right-hander has shown no signs of slowing down, posting an ERA under 4.00 in four of the last five seasons. Some team — just not the Red Sox — will soon land itself a bargain.

Does Nomar Garciaparra deserve to be in the National Baseball Hall of Fame? In your opinion, will he get inducted?
–Steve, Cape Cod

Nomar Garciaparra had a great career. And for that, I tip my cap. I think he falls just short of Cooperstown, though.

Do you think Pedro Martinez will be elected to the National Baseball Hall of Fame next season?
–Matt L., Londonderry, N.H.

Absolutely. If Pedro Martinez isn?t inducted in 2015, it?ll be a travesty.

Pedro?s dominance of the late 90s/early 00s was something special. He completely dominated at the height of the Steroid Era, posting absolutely silly numbers against guys whose biceps were bigger than his entire body.

Pedro racked up 219 victories, eight All-Star selections, three Cy Young awards, seven top-five Cy Young finishes, two 20-win seasons and 3,154 strikeouts while posting a career ERA of 2.93. His seven-year stretch from 1997-2003 was unlike anything that I?ve ever seen.

Given this week?s news, which current players do you think will wind up in the Red Sox Hall of Fame?
–Jim Wilkerson, Maine 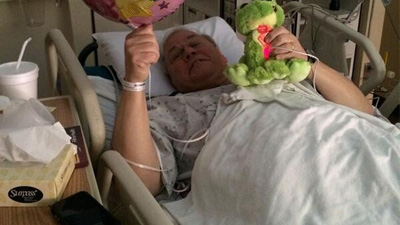