The Cleveland Browns aren’t likely to play in a Super Bowl anytime soon, so defensive end Desmond Bryant decided to go to Sunday night’s game as a regular fan.

Bryant wasn’t happy with his seats, which appeared to be located high in the upper deck of MetLife Stadium, and he ripped the NFL in a tweet, but he has since deleted it. Unfortunately for Bryant, most of the stuff posted to Twitter lives on forever.

Check out his frustration in the photo below. Hat tip to @GetBreakr. 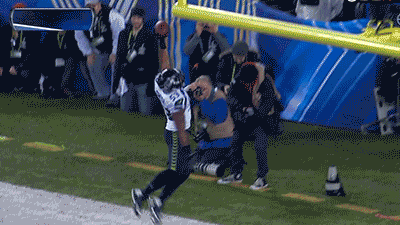