Chandler Jones came close in his second season to becoming the player the New England Patriots thought they picked in the first round of the 2012 NFL draft, but he’s not quite there yet.

Jones was viewed as a project when he was taken No. 21 overall by the Patriots. Injuries limited him at Syracuse University, and he was seen by some as an interior defender in a defensive end’s body.

While improving and bulking up, Jones has been able to provide production for the Patriots as a defensive end. But in his third season, Jones can finally live up to the potential he had coming out as a first-rounder.

The second-year pro was certainly productive, but that comes with the territory in playing as many snaps as he did. In 2014, Jones has the upside to be even better and more consistent with some added strength and more time off.

In his rookie season, Jones mostly played as a 4-3 defensive end (seven-technique). But at 6-foot-5, 265 pounds, Jones has the potential to add bulk and strength to increase his positional flexibility.

After adding weight before his second year, Jones also saw snaps at both 3-4 defensive end (five technique) and defensive tackle (three technique), though he was still mostly used as a defensive end in a four-man front. The third-down defensive tackle role fit him well. While Jones got pressure on the quarterback on 9.1 percent of pass rushing snaps from the edge in 2013, he was able to get after the quarterback almost twice as often rushing from inside (16.2 percent), according to Pro Football Focus.

Jones could be even better in that third-down interior rusher role with even more bulk. Filling in his lean frame would also allow the Patriots to transition to a three-man front in the base defense. The 3-4 fits Rob Ninkovich and Jamie Collins’ skill sets well. Bill Belichick preferred to run a 3-4 before the 2011 season. The Patriots moved to a four-man front that season because the lockout shortened the offseason, and a 4-3 was easier for the Patriots’ new players to learn.

Jones is the key to moving to that 3-4 front. He struggled to hold his ground properly as a five-technique defensive end in the 3-4 in 2013. With some added bulk, holding the edge should be no problem. Jones also could be given some much-needed time off on obvious passing downs.

It was impressive that Jones had the stamina to stay on the field for 98.5 percent of the Patriots’ defensive plays — he missed just 17 snaps — but if anything, it hurt his play. The Patriots should have better depth along the defensive line in 2014. It’s nearly impossible for it to be worse than it was in 2013.

Vince Wilfork and Tommy Kelly went down with season-ending injuries, and Armond Armstead was lost before the season after having surgery to treat an infection. Suddenly, the Patriots’ top three defensive tackles were gone, which increased the strain on every defender on the roster.

The Patriots likely will add another starting-caliber interior defender and edge rusher. Signing or drafting another pass rusher can help increase the Patriots’ pressure. Andre Carter was the Patriots’ No. 3 pass rusher in 2013, and while the 34-year-old played OK after being signed midway through the season, that role certainly can be improved.

Jones’ flexibility to play the edge or inside helps the Patriots. It’s easier to find a player who can rush off the edge, especially in the draft. The Patriots could even sign a player who is strictly an edge rusher and offers little against the run. They had that type of defender in 2011 in Mark Anderson, who recorded double-digit sacks.

Jones had impressive stats in 2013, but by bulking up and becoming more consistent, the Syracuse product could be the key player behind a top-tier Patriots defense in 2014. The Patriots will have to hope the added responsibilities and flexibility won’t be too much for Jones to take on in his third year. 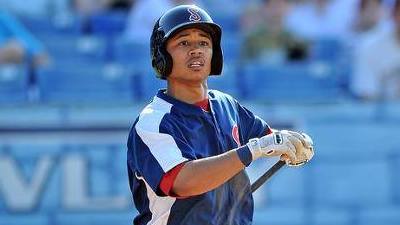 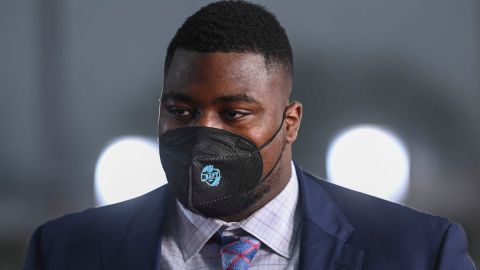