Wondolowski scored both goals in the U.S. men’s national team’s 2-0 victory over South Korea on Saturday. In doing so, the 31-year-old striker strengthened his case for a spot on the Americans’ squad for the 2014 FIFA World Cup.

Wondolowski headed home a rebound in the fourth minute to open the scoring. The San Jose Earthquakes star doubled his tally in the 60th minute with a calm, right-footed finish from around 12 yards out.

Both goals showed Wondolowski’s finest qualities: the ability to find space in the final third, react more quickly than the opposition and finish moves with lethal composure.

MLS aficionados have grown accustomed to Wondolowski’s exploits (particularly in his record-tying 2012 season), but he remains somewhat of a mystery to national team watchers. Wondolowski, the quintessential late bloomer, had never played for his country before 2010 and didn’t score his first international goal until last summer.

While Wondolowski has excelled in MLS and against CONCACAF minnows like Cuba and Belize, critics say he is too one-dimensional to be effective against the world-class opponents the U.S. will face in Brazil this summer. Wondolowski’s pair of goals might reinforce that narrative in the short term, but his behind-the-scenes performances over the last four weeks might have convinced the decider that he could be valuable at the World Cup.

Saturday’s exhibition game was the culmination of a monthlong national team camp, known in some circles as “Camp Cupcake,” but the fact that this is a World Cup year made the January 2014 camp take on greater importance than its nickname suggests.

With half of the national team’s expected starters missing because of club commitments, the camp gave fringe players like Wondolowski a chance to impress U.S. head coach Jurgan Klinsmann for an extended period of time. By all accounts, Wondolowski took his chance, as he is wont to do.

“Wondo is a wonderful example of [what happens] if you are committed, if you’re hungry, if you give everything you have over a long period of time,” Klinsmann said after the South Korea game, according to The Associated Press. “Sooner or later, you’re going to get rewarded for it. It’s nice to see a player like him is still hungry.”

Wondolowski appreciates the chance Klinsmann has given him to state his case for a trip to the World Cup.

?My mind frame doesn?t change,” he said, according to U.S. Soccer. “Any time I get this wonderful opportunity to represent my country, I?m going to try to make the most of it. That?s always been my mind frame since day one, and that?s how it?s going to be till the last.

“That?s why coach Klinsmann is a great coach. He makes those decisions. All I can do is go out there and make the most out of any opportunity I get. I thoroughly enjoyed this January camp, getting out there every day and showing what I have to this coaching staff.?

Barring injury, strikers Jozy Altidore and Aron Johannsson look like sure bets to make the World Cup squad. That leaves room for two (or three) more out-and-out strikers, who will be called upon to push the aforementioned duo, slot into the lineup if one of them breaks down, change a game that needs changing and, perhaps, score the winning goal in the final.

Wondolowski might have jumped ahead of Gomez and Boyd — also leading contenders to deputize Altidore and Johannsson — both in January and on Saturday. Boyd’s club, Rapid Vienna of Austria’s Bundesliga (first division), plays four games between now and March 5 (when the U.S. faces Ukraine). Gomez’s Tijuana (of Mexico’s first division, Liga MX) also plays four games in that span. They must start games, score goals and perform well for their clubs to earn a call-up to the U.S. squad for the March 5 game. If they don’t, their risk of being left off the World Cup squad altogether rises.

Wondolowski will return to the Earthquakes for preseason in good shape. If “Wondo” stays healthy, plays well and scores at 2012 levels, he’ll leave Klinsmann with little choice but to take him to Brazil. If it happens, it’ll prove that the old adage — “better late than never” — remains as true as ever. 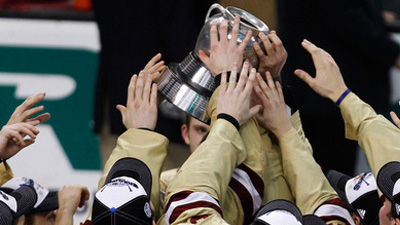