Cristiano Ronaldo couldn’t let Karim Benzema and Gareth Bale have all the fun against Schalke on Wednesday.

The Portuguese superstar scored two goals, including his latest addition to his personal highlight reel, in Real Madrid’s 6-1 demolition of Schalke in the first game of its UEFA Champions League Round-of-16 series.

Real Madrid was already leading 2-0 when Ronaldo put his name on the score sheet in the 52nd minute. The 29-year-old received Bale’s pass and proceeded to juke Schalke defender Joel Matip out of his socks with three step-overs. It was fitting that Ronaldo beat Schalke goalkeeper Ralf Fahrmann with a left-footed blast after what he did to Matip. See Ronaldo’s triple-step-over goal below.

Ronaldo’s work wasn’t finished there. He set up Benzema’s goal five minutes later with a slick back-heel pass, which you can see below.

Real Madrid was up 5-0 when Ronaldo struck again in the 89th minute. He ran onto Benzema’s pass and dribbled around Fahrmann before finishing from a tight angle. Check it out below.

The goals were Ronaldo’s 10th and 11th in the Champions League this season, putting him above Paris Saint Germain’s Zlatan Ibrahimovic (10 goals) on the top scorers list. Ronaldo, the reigning FIFA Ballon d’Or winner, has now scored 36 goals in 33 games in all competitions this season.

Although Real Madrid previously had struggled in trips to Germany, losing 18 out of 26 games, Schalke was well aware of the threat Ronaldo would pose, as this pregame cartoon (via Spanish newspaper Marca) aptly depicts.

Schalke might not have expected Benzema and Bale to score two goals apiece as well. Bale, Benzema and Ronaldo arguably have gelled into world soccer’s best attacking trident. It’s no wonder Real Madrid hasn’t lost in 27 games dating back to Oct. 26. 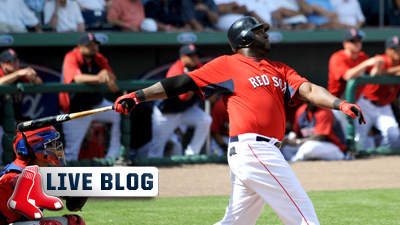