That’s far from a given at this point. It has yet to be decided if NHL players will play in the Olympics in four years. Concerns over potential injury and a lack of profitability are just two reasons why the league may not be so willing to shut down its league for two weeks in 2018. If the decision is made not to participate and Krejci isn’t able to represent his native Czech Republic, the forward will be a little bummed out.

“I would love if NHL would be OK with (sending players again in 2018), “Krejci said Monday after his first practice back with the Bruins. “It’s such a great event. It’s pretty special for hockey (players) to go there and compete for your country. It happens only once in every four years. So I hope and I wish the NHL players will continue to go to the Olympics.”

Krejci is far from alone in wanting to represent his country at the Olympics. Many players have already voiced their support to continue sending players, and if it was up them, they’d continue to go, no matter how disruptive the entire process may seem.

“I talked to a few guys, and they said they enjoyed their time,” he added. “And it’s good some times in the middle of the season to get away and come back excited about games. When there’s 82 games with no breaks, that’s a lot. I talked to some guys that they said they could use the break. For the guys who go to the Olympics, that’s such a big event and such a special feeling that any time I’m going to be asked, I’m going to say yes.”

Bruins captain Zdeno Chara, who recently returned from Sochi as well after playing for Slovakia, also lent support for the cause. He recognizes, however, that the decision is ultimately one that still needs to be hashed out.

“I personally enjoy going to the Olympics, but again, it’s something that needs to be discussed as a whole,” Chara said. “Right now it’s too soon to predict what’s going to happen in four years.”

Chara just finished his third Olympics, while Krejci’s appearance was his second. 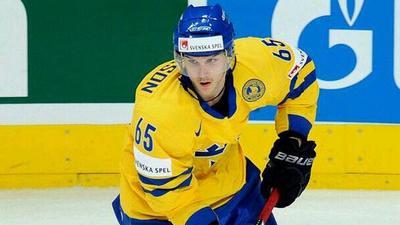 Erik Karlsson On Silver Medal Value: ‘You’ll See When I Put It Out On eBay’