Out of the spotlight for a few years now, rapper DMX is turning his attention to the squared circle where he’ll meet George Zimmerman, the former neighborhood watch officer who was found not guilty in the shooting death of Trayvon Martin.

Zimmerman had been looking for an opponent for a celebrity boxing match for some time before he and fight promoter Damon Feldman landed the former Ruff Ryder.

?I?ve gotten over 15,000 emails, I had to end [the submissions to fight Zimmerman] there,? Feldman told 94WIP in Philadelphia on Wednesday. ?Very angry, I had everything from celebrities to [rapper] The Game. ? I got into it with him on TMZ the other day. Floyd Mayweather Sr. is the referee with this, we?re very excited.?

Zimmerman says that he used to be into boxing and has gotten back in the sport in recent months as a way to lose weight. However, DMX seems to have a different agenda altogether in the fight, looking to make a show of the event and even saying he’s prepared to do whatever it takes to humiliate the formerly accused killer.

“I am going to beat the living [expletive] out him,” DMX said, per TMZ. “I am breaking every rule in boxing to make sure I [expletive] him right up.”

The fight is scheduled for March 14, 2014 and the location has not yet been determined. All the details will be announced at a press conference next Wednesday. 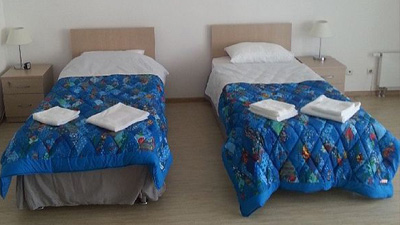