FORT MYERS, Fla. — Dustin Pedroia might as well hand out gift baskets, as his long list of double-play partners is similar to Derek Jeter?s dating history.

The Boston Red Sox have lacked shortstop stability since Nomar Garciaparra was traded to the Chicago Cubs before the 2004 trade deadline. The frequent changes haven?t been damaging, though, as Pedroia has taken charge in the middle of the Red Sox?s infield since his 2007 Rookie of the Year campaign.

?Regardless of the changes, Dustin?s role has remained the same,? manager John Farrell said at JetBlue Park on Friday. ?He?s been the leader of our team up the middle. Whether it?s in terms of positioning, whether it?s in our cutoffs and relays, he?s the pivotal guy in all that.?

Pedroia will have another partner up the middle in 2014, as rookie Xander Bogaerts figures to be the Red Sox?s everyday shortstop. Bogaerts? minimal major league experience — 30 games between the regular season and playoffs, eight of which he played shortstop — could really test Pedroia?s defensive acumen this season, but Farrell remains confident in his second baseman?s ability to adjust. After all, this script has played out before.

?I think he?s dealt with as best we could have ever hoped,? Farrell said regarding Pedroia?s history of working with new infield partners. ?He?s had good players play alongside him, but let?s face it, the more repetition you get with a partner up the middle, you?re going to have a better read on the nuances and being able to anticipate things at a greater rate. We?re looking forward to establishing that continuity going forward.?

Bogaerts, ranked the No. 2 prospect in Major League Baseball, has tremendous potential, so it?s possible the Red Sox?s newest double-play tandem will stick together for a while, even if they?re still getting their feet wet working together in Fort Myers.

?I haven?t worked out with him a lot because he came later in spring,? Bogaerts said Saturday, ?So we?ve just had a few days of working out and just now I?m getting to know him better because I was at third base in the postseason.?

The Red Sox?s 2014 plans could shift if the club decides to re-sign Stephen Drew, who was Pedroia?s main partner up the middle in 2013. But Bogaerts said he is focusing on preparing to play shortstop, which is a challenge the 21-year-old feels will be made easier by Pedroia?s aptitude.

?He?s an All-Star second baseman, an MVP and a Gold Glove so he definitely knows what he?s talking about,? Bogaerts said. 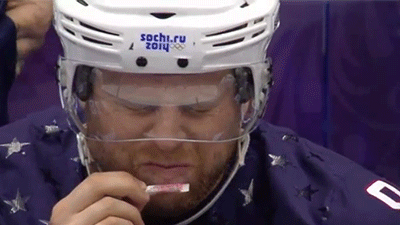