BRADENTON, Fla. — Jacoby Ellsbury reached base in all three plate appearances of his New York Yankees’ spring training debut, scoring twice Wednesday in a 6-5 loss to the Pittsburgh Pirates.

Ellsbury, who left World Series champion Boston for a $153 million, seven-year contract with New York, walked twice and had an infield single in the exhibition opener. He was on base in the second inning when Yangervis Solarte hit a two-run homer off Edinson Volquez.

Pittsburgh trailed 4-0 but scored twice in the second and four times in the seventh, when Tony Sanchez hit a tying three-run homer against Chase Whitley. Chris McGuiness had a go-ahead single that drove in former-Yankee Chris Dickerson.

“I did maybe more than I was expecting in the first game,” Nova said. “My arm feels really good and the ball was came out of my hand well. It was a really good day today.”

Pirates: Nelson Liriano gave up two runs, three hits and a walk in his one scheduled inning. He allowed four of his first five batters to reach.

“I was just working on my sinker and fastball,” he said. “I’ll throw my breaking stuff later this spring. I use my slider a lot, but first I need to get my release point with my fastball. Physically, I feel 100 percent.”

Liriano, the Pirates’ scheduled opening-day starter, was 16-8 with a 3.02 ERA last year and was selected NL Comeback Player of the Year.

First baseman/outfielder Travis Ishikawa played the first half-inning of the Pirates’ intrasquad scrimmage Tuesday, then left due to tightness in his right leg. He is expected to be out another day or two.

Three of the top free agents the Yankees signed this past offseason — Carlos Beltran, Brian McCann and Ellsbury — made the trip to Bradenton. McCann got a hit in his first at-bat, a single to left-center that scored Ellsbury from second base.

“He’s great,” Nova said. “He gave me a real nice, low target and that’s important. I told him I had confidence in what he wanted to do. Give me the sign for what you think is the right (pitch) and I’ll go.”

Pedro Alvarez led the NL with 186 strikeouts last season, and the Pirates hope he can cut down this year.

“To think that he’s ever going to be under 100 is unrealistic,” manager Clint Hurdle said. “But I do think the strikeout number can be shrunk to some degree.”

Alvarez struck out twice in three at-bats against the Yankees. He went down swinging in the first inning and took a called strike three in the second, stranding five runners.

Volquez admitted he was nervous when he took the mound.

“I was a little bit too excited,” he said. “Part of it was the first game of spring training. But I’m also with a new team and I want to make a good impression. I want to let them know they made a good decision by signing me.”

Pittsburgh gave Volquez a $5 million, one-year deal, and he is competing with left-hander Jeff Locke for the No. 5 spot in the rotation. 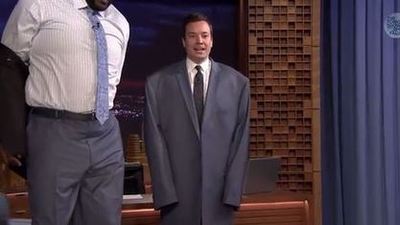