Jadeveon Clowney is known for his impressive-bordering-on-freakish athleticism, and the defensive end prospect lived up to lofty expectations Monday at the NFL Scouting Combine.

Clowney turned in unofficial times of 4.47 and 4.48 seconds in the 40-yard dash, blowing everyone in his position group out of the water. (The fastest 40 by a D-lineman at last year’s combine was 4.60, according to Pro Football Talk.)

Clowney dominated more than just his direct competitors, though. His 4.47 also was faster than the best times of 56 running backs and wide receivers who were timed Sunday, according to ESPN’s Rich Cimini.

Clowney also proved he’s a great deal faster than quarterback — and possible No. 1 overall pick — Johnny Manziel, as is evident in the GIF below (via Guyism). 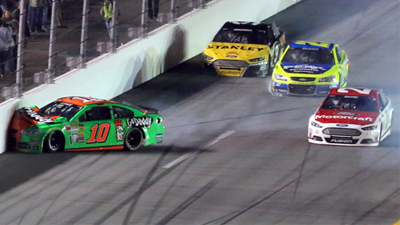