BOSTON — Brad Stevens acknowledges the move was “unique.” With even more injury troubles hitting the already shorthanded Boston Celtics, Stevens was forced to start guard Jerryd Bayless on Wednesday — to bolster his frontcourt.

It was a counterintuitive move that actually made perfect sense, and it paid off when Bayless scored 29 points to lead the Celtics to a 115-104 win over the reeling Atlanta Hawks. Of course, it was all a product of Bayless getting the start. That was how Stevens saw it, anyway.

“It’s why we did it,” Stevens deadpanned. “We knew that. I actually thought it was going to be 32, but he missed that last (3-pointer).”

The Celtics (20-39) needed everything Bayless could give them offensively on a night they were without Kelly Olynyk, Jared Sullinger and Avery Bradley because of injuries. Needing another frontcourt option off the bench, Stevens shifted Gerald Wallace from starting two-guard to backup power forward in a move that paid off two-fold.

Not only did Wallace respond with 12 points and 10 rebounds as Boston beat Atlanta (26-31) on the glass 46-29, but Bayless also erupted for his highest-scoring game as a Celtic.

“Jerryd’s a scorer,” said Rajon Rondo, who had 22 points and 11 assists. “He doesn’t need me to make plays. He made a lot of plays for himself, but when I did find him or other guys found him, he made shots.”

Bayless’ big night showed why Celtics president of basketball operations Danny Ainge has long liked his game from afar. But Bayless, who came over in a trade for Courtney Lee in January, said his offensive outburst is a product of becoming more comfortable at the defensive end.

“I understand what Brad is looking for,” Bayless said. “Brad is brilliant. He’s really defensively minded. The shots are going to come some days and some days not. Depends on the day. [Wednesday] they were going well. When we play together defensively and we’re helping each other, everybody is covering up after each other, we’re a good team. We have to do that more consistently, and we’ll be OK.”

At the start of the game, the scoreboard hanging over center court should have been replaced by a casket. It was as quiet as a wake at TD Garden, where the Celtics returned after an 0-4 road trip to begin the post-All-Star break schedule.

If the fans seemed fast asleep, the players weren’t any more awake. The Celtics fell behind by 15 points in the first seven minutes and only scored one basket in the game’s first five minutes. It was tough to watch, much less play in.

The victory snapped Boston’s five-game losing streak and handed Atlanta its 10th loss in 11 games. The Hawks, who appeared to have a stranglehold on the No. 3 seed in the Eastern Conference a few weeks ago, now lead the Detroit Pistons by only 2 1/2 games for the eighth and final playoff spot.

Fans certainly won’t be quiet in Atlanta if the collapse continues. This game opened a six-game road trip for the Hawks. By the time they get back to Philips Arena, they could be lucky if they hear only one boo. 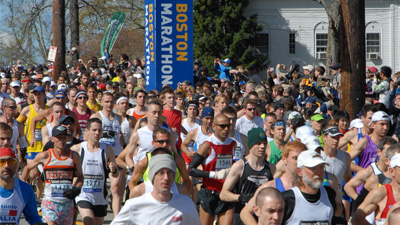 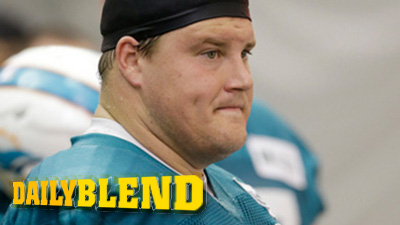