Michael Sam’s decision to come out has drawn support and praise from fans, owners and players around the NFL. The way he’ll be treated once inside an NFL locker room, though, is a different story.

“I think that he would not be accepted as much as we think he would be accepted,” Vilma said. “I don’t want people to just naturally assume, like, ‘Oh, we’re all homophobic.’ That’s really not the case. Imagine if he’s the guy next to me and, you know, I get dressed, naked, taking a shower, the whole nine, and it just so happens he looks at me. How am I supposed to respond?”

After Sam’s revelation Sunday, Vilma clarified his comments, expressing some regret over his original example.

“It was a poor illustration of the example I was trying to give on the context, so I do apologize for that,” Vilma said on CNN’s “Anderson Cooper 360” on Monday, per the Times-Picayune. “I was trying to explain that whenever you have change into something that’s been set in stone for so long, something that’s been going for so long, that change always comes with a little resistance.”

The three-time Pro Bowler said plenty of players would accept and welcome a gay teammate, but a small percentage might not be quite as open-minded.

“You have people that can be more outgoing, more open-minded. You have people that are a little more closed-minded,” Vilma said. “Some people grew up with or without the acceptance of gays within their families. You have a lot of different elements within the locker room that you just don’t see right now. Me being on the inside for 10 years, inside the locker room, I’ve been around that.

“And it’s not to say that the locker rooms are bad. It’s to say that there are going to be people that accept it willingly as soon as he comes in, welcome him with open arms, and then unfortunately, there will be some, I’m about 99 percent sure the minority, will say, well, they’re not comfortable with that yet.

“They don’t know how to respond to that. That’s just what’s going to happen in the first whatever, the first year, two years. When you have more players like Michael Sam coming out and saying that they’re gay, the transition will be a lot smoother.”

Vilma, 31, likely will be released by the Saints this offseason and could find himself out of the league altogether after missing 25 games over the last three seasons.

Cleveland Browns’ CEO, General Manager Out After One Season At Helm 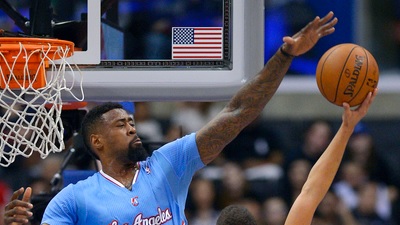