Liverpool clocked up a 17th victory of its Barclays Premier League season in hugely dramatic style, as Jordan Henderson’s second-half winner earned a 4-3 triumph against a well-drilled Swansea City at Anfield on Sunday.

Daniel Sturridge unlocked the Welsh side within three minutes, and the Reds were two goals clear midway through the opening period when the striker set up Henderson to curl a stunning hit into the top corner.

Jonjo Shelvey, returning to the stadium where he once plied his trade, nearly broke the netting with a powerful strike moments later, and then Wilfried Bony forced an equalizer over the line via a Martin Skrtel deflection to stun the home fans in L4.

Sturridge continued his incredible campaign by accurately directing a header into the net at the Anfield Road end before half-time, only for Bony to win and convert a penalty kick within 120 seconds of the restart.

But the final say of another scarcely believable game this season went to Henderson, who fired his second and Liverpool’s fourth after two attempts, to claim three more crucial points in the Reds’ Premier League journey.

Three changes to the Liverpool line-up by Brendan Rodgers were confirmed an hour before kick-off. Henderson and Glen Johnson replaced Joe Allen and Aly Cissokho, while Simon Mignolet returned to goalkeeping duties between the posts.

In what is becoming increasingly common on home soil, the Reds required just a matter of minutes to claim a lead. Three minutes, on this occasion. Raheem Sterling’s strength won possession, his sublime outside-of-the-foot pass released Sturridge, and the No. 15 rounded Swansea goalkeeper Michel Vorm and clipped into the net for 1-0.

Sterling unleashed a drive toward the near post after five minutes, which the Swansea goalkeeper needed to push away, prompting a response by the visitors. Bony was inches away from connecting with a dangerous center by former Red Shelvey from the right flank.

After the midfielder had twice threatened to bring his side level, it was an ex-teammate who actually found the net. Sturridge switched to the provider role, cutting in and laying up Henderson to curl a precise finish far beyond Vorm’s grasp with 20 minutes on the clock.

In scenes reminiscent of what Liverpool have produced at Anfield this season, however, Garry Monk’s outfit suddenly delivered a double blow to the home team, beating Mignolet twice in quick succession to restore parity and silence the stadium.

First, Shelvey thundered a shot that flew like an arrow into the net, kissing the woodwork along the way — his refusal to celebrate drawing applause from the Kop. The same fans were speechless four minutes later, though, when Bony diverted a Swansea free-kick onto Skrtel and in to make it 2-2.

This was a crazy game in many ways, and the Reds dragged themselves in front again with nine minutes remaining in the first half. Luis Suarez twisted inside the visitors’ penalty area, dinked into the middle and there was Sturridge to stretch his neck and convert with his head.

Vorm was briefly scrambling when the Reds’ No.7 attempted to power a strike over the ‘keeper from the halfway line, before Bony clipped a low hit from distance aiming for the bottom corner which Mignolet was down smartly to fingertip wide.

But two minutes into the second half, the Belgian was helpless. The referee penalized Skrtel for a foul on Bony inside the Liverpool area, and the forward took responsibility from 12 yards, driving the spot-kick in effortlessly for the game’s sixth goal.

Sturridge and Suarez combined to give the latter an opportunity, but the shooting angle narrowed for the Uruguayan and Vorm smothered. Numerous sections of Anfield feared the worst when Jonathan de Guzman dispatched a swinging set-piece from 20 yards — wide, thankfully.

De Guzman subsequently raced onto a Bony backheel in the right-hand channel, although the midfielder’s punt was stopped by Mignolet, then a sliding challenge by Ashley Williams thwarted Sturridge as the Englishman raced onto a through pass by substitute Allen.

Suarez scuffed a shot wide as the contest entered its final 20 minutes and, when he tried the same shortly after, having collected a raking Steven Gerrard pass, fortune favored Liverpool. The strike was blocked into the path of the onrushing Henderson – who blasted past Vorm at the second time of asking to settle the tie.

Brad Stevens Ejected; Other Impressions From Celtics’ Loss To Kings 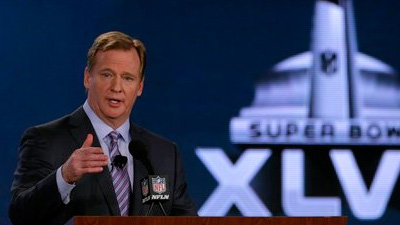 Report: NFL Expected To Penalize On-Field Use Of Racial Slur