Jordan Henderson hailed his crucial winner in Sunday’s thrilling 4-3 win over Swansea City as one of the most important strikes of his Liverpool career so far.

The Reds’ No. 14 was perfectly placed to capitalize on a loose ball in the opposition penalty area and, after his initial attempt was parried by goalkeeper Michel Vorm, follow up for a simple tap-in.

Henderson’s conversion sealed a vital victory for his team, successfully concluding a match in which Brendan Rodgers’ men twice were pegged back, and creating a six-point lead in fourth place.

It meant something on a personal level, too. After the game, the manager revealed that the midfielder has been encouraged by the coaching staff to attack the six-yard box on a regular basis.

For the crucial effort to stem from exactly that kind of scenario was therefore extra reason for the England international to be proud, even more than with his sublime, curled finish in the first half.

“It’s good to get on the scoresheet,” he said. “For the first one, [Daniel] Sturridge did brilliantly to take him on and square it. I had time to take a touch and just find the corner.

“But the second one was pleasing, because I’ve been trying to arrive in the box a lot more, and to find the back of the net then was very pleasing as well. It was a good goal, and that’s probably the most important one I’ve scored here.

“I’ve still got a long way to go and a lot to do to improve my game. Goals are one, but there are a lot of other things. I’ll just continue to do what I’ve been doing and work hard in training. Hopefully I can keep improving.

“Everyone is delighted with the final result. Three points were much needed. There was a lot of pressure going into the game, with all of the other teams winning. We knew that we needed to win the game. So we’re over the moon with the three points.

Liverpool has won 17 of its 27 Premier League games so far this season, notching an incredible 70 goals in the process — more than any other team in the division.

The Reds’ next challenge will arrive in the form of Southampton on Saturday. The Saints are the only team to have beaten the Reds in L4 in the current campaign, winning 1-0 in September.

This weekend’s opponents triumphed 3-1 over the Reds at their own stadium last year, too, leading Henderson to call for a similar level of resilience on the south coast as witnessed yesterday.

“We found it difficult there last season because they are a very good team,” the 23-year-old said. “They play some good football and have got some good players.

“It will be a tough game, but we’ve got a lot of confidence going into that one. We need to keep showing the resilience that we have been to get a winning result.

“Our forward play has been fantastic this season, so hopefully we can continue that. But a few things need addressing, and I’m sure we’ll do that during the week as a team. Defensively we need to be better if we want to finish as high as we can.” 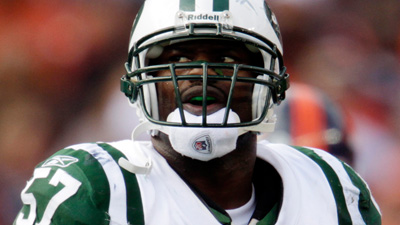