In the Cactus League opener on Wednesday at Scottsdale Stadium, Reddick went to great lengths to rob San Francisco Giants outfielder Michael Morse of a home run. In the second inning, Morse hit a rocket to deep right that sent the A’s outfielder back to the wall. Once Reddick ran out of room, he proceeded to scale the fence, hang on for balance and launch himself over it to snag what appeared to be a sure-thing homer.

A couple of innings later, Reddick continued making life difficult for Morse, robbing him of yet another home run on almost the same exact play.

Check out both of Reddick’s spectacular grabs in the video below. 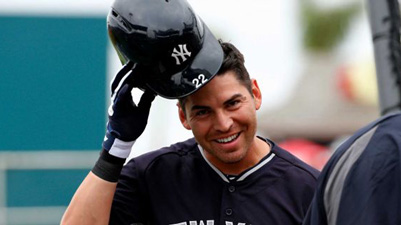