The NBA suspended Sacramento Kings center DeMarcus Cousins for one game and fined him $20,000 Thursday for his behavior in two separate incidents during the Kings’ 129-103 loss to the Houston Rockets on Tuesday.

Cousins was suspended for punching Rockets guard Patrick Beverley in the stomach at the beginning of the first quarter. He was fined for his ejection in the third quarter for verbally abusing official Courtney Kirkland and failing to remove himself from the court in a timely manner.

This is not the first disciplinary situation for Cousins, who has acquired more technical fouls this season than any other NBA player. The Kings suspended the 23-year-old multiple times last season for “unprofessional behavior and conduct detrimental to the team.”

Cousins apologized for his behavior Wednesday.

Despite his frequent outbursts, Cousins has been a consistent scoring force for the Kings, averaging a career-high 22.3 points per game this season. His one-game suspension means he’ll miss Friday night’s game against the Los Angeles Lakers.

Check out a video of his punch below. 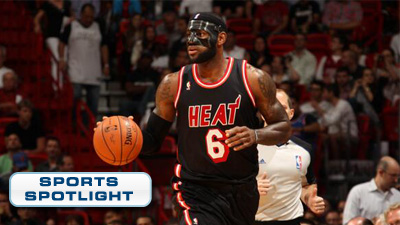