Mario Balotelli can do things other soccer players can’t do.

The Italian striker scored one of the greatest goals of his career Friday, powering AC Milan to a 1-0 win against Bologna with a long-range strike for the ages.

With the Serie A (Italian first division) game deadlocked at 0-0 in 86th minute, Balotelli unleashed a right-footed rocket from around 40 yards out. Hit with a perfect mixture of power and accuracy, Balotelli’s blast sailed past goalkeeper Gianluca Curci into the top corner of the goal.

Balotelli simply admired his shot all the way into the goal, before performing a stunningly nonchalant goal celebration — if one can even call it that.

The goal was Balotelli’s 10th, and most spectacular, of the Serie A this season. It looks better and better every time you see it. Start now. 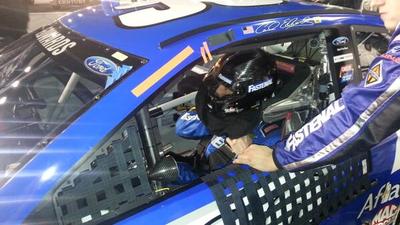