The 2014 Winter Olympic men’s hockey tournament is now down to its final four.

The top four seeds all advanced Wednesday to the semifinals, setting up two exciting matchups between traditional rivals.

Canada survived a valiant upset attempt by Latvia to set up a rematch of the 2010 gold medal game in one semifinal, with the United States advancing by routing the Czech Republic. Top-seeded Sweden and No. 4 seed Finland easily took care of Slovenia and Russia, respectively, and will meet in the other semifinal.

Both games are scheduled for Friday, with Sweden and Finland playing first at 7 a.m. ET and U.S.-Canada following at noon.

The winners will advance to the gold medal game, which will take place Sunday at 7 a.m. The losers will play for bronze Saturday at 10 a.m. 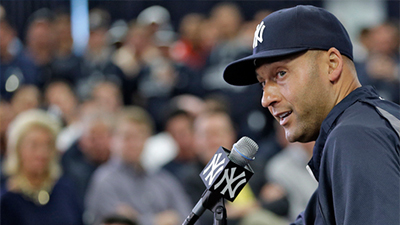 Derek Jeter On Retirement: ‘You Can’t Do This Forever’