Mike Napoli plans to make some changes in 2014. Shaving is not one of them.

Napoli, one of more than 30 early arrivals at Red Sox spring training, told reporters in Fort Myers on Tuesday that he plans to keep his beard despite his teammates’ insistence on entering the season clean-shaven.

?I plan on keeping mine,? Napoli said. ?I might trim it up so it?s not all crazy and everywhere, but it?s been fun.?

The bushy beard, clutch hits and steady defense were trademarks of Napoli’s first year in Boston. Unfortunately for the Red Sox, strikeouts also were prevalent, which is something that Napoli wants to change this season.

“People say power hitters strike out, blah, blah,” said Napoli, who set a Red Sox single-season record with 187 K’s last season. “To me, I don’t like striking out. I choke up, I have a two-strike approach for me to cut down on strikeouts.”

Napoli, who signed a two-year, $32 million contract this offseason to remain in Boston, said Tuesday that he’s feeling good physically. The slugger has experienced no symptoms of the degenerative hip condition he was diagnosed with last winter, and he’s entering 2014 with peace of mind and the expectation that he’ll be able to do a wide range of baseball activities while gearing up for the regular season.

“It’s been awesome,” Napoli told reporters. “Last year, I couldn’t run, I couldn’t do a lot of impact stuff. I got a lot of running in [this winter], I feel good. It feels a lot different. I come in, I don’t have to worry about the hip and stuff. It’s been a good offseason.”

Napoli’s offseason, of course, has included some World Series celebrations. But that doesn’t mean the 32-year-old isn’t ready to buckle down with spring training getting underway.

“I want to do it again,” Napoli said. “I’m not going be satisfied because we won the World Series. Our goal is to do it again. We’ve got a lot of guys with that mentality. We all stayed in touch in the offseason and talked about it.

“It’s tough to win one, so we can’t get too far ahead of ourselves. A lot of things happen in a year, but we’re all going to work together.”

This year’s Red Sox team won’t be an exact replica of last year’s squad. But shaving habits aside, the club’s mindset clearly hasn’t changed one bit. 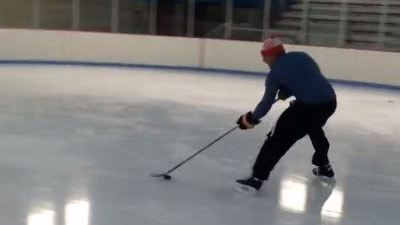 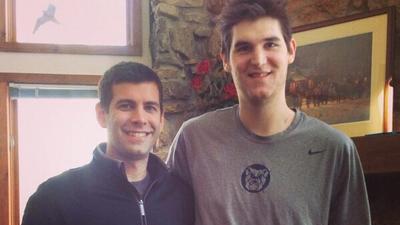