But if he had to predict who will advance to face Sweden for the gold medal, he’s giving the edge to the United States.

?I think from what I?ve seen so far, I?d say the U.S. men?s team looks the strongest, and I think they?re going to really push Canada,? the Vancouver native said Friday at Bruins practice, via ESPN.com. ?Right now, if you ask me, I would say the U.S. are the favorites going into this.?

Both teams enter the rematch of the 2010 gold medal game undefeated in the tournament, with the U.S. and Canada knocking off the Czech Republic and Latvia, respectively, to earn spots in the semis. That recent success has only intensified the already heated rivalry between the North American neighbors.

?There?s always pressure no matter what,” Lucic said. “Canada?s motto is ?Gold or Bust,? so it?s a huge game. There?s a lot of players on both teams that were part of the finals in 2010, the gold medal game. I think that?s going to increase the intensity and the rivalry, and I?m as excited to watch it as everyone else.? 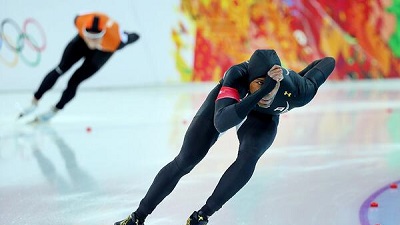 Shani Davis Channels ‘The Simpsons’ To Describe ‘Worst Olympics Ever’