Syracuse’s perfect season almost came to an end against North Carolina State on Saturday night, until the Orange’s C.J. Fair scored a game-winning layup with 6.7 seconds remaining on the clock.

”We got out of it by making a good play at the end,” Syracuse coach Jim Boeheim said. ”We were able to make some good plays finally at the end, and one big play.”

N.C. State led 55-54 with 14 seconds remaining, but Syracuse’s Rakeem Christmas got the ball and launched it to Tyler Ennis, who quickly passed to Fair for the last shot of the game.

Syracuse was coming off another buzzer-beating win against Pittsburgh on Wednesday night, when Ennis hit a 3-pointer to give his team a 58-56 victory.

The Wolfpack, especially sophomore T.J. Warren, put up a strong fight that made the 30,000 Orange fans nervous. Warren finished the night with 23 points, but his effort was hindered when a referee ruled that Syracuse’s Trevor Cooney fouled him on the floor, waving off his final basket.

”Obviously, when you have a year like they’re having, when you’re undefeated, you’re going to have some close ones, some not-so-close ones,” N.C. State coach Mark Gottfried said. “We just tried to prepare for them as best we could, and I thought our guys did a great job.”

Syracuse is now 25-0 and will face Boston College on Wednesday.

Check out Fair’s incredible game-winning basket in the video below. 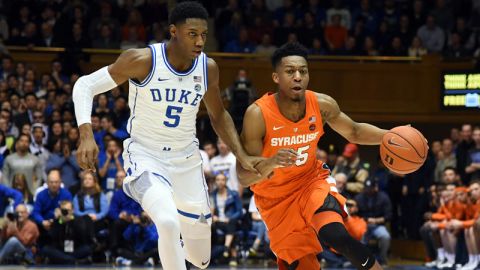 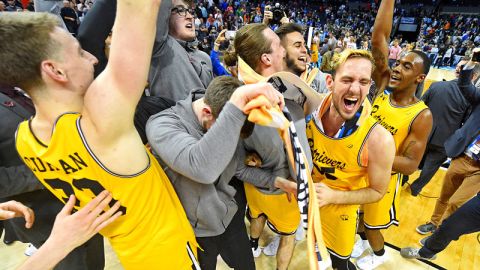 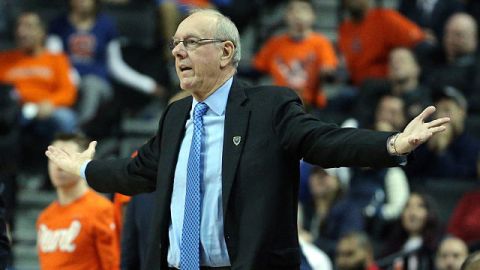 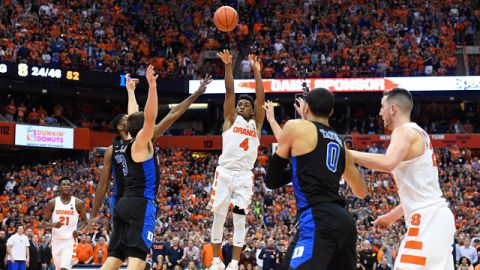