The Bolshoy Ice Dome in Sochi has the very cool ability to display the score of Olympic hockey games using video screens on its roof. But there was one score Saturday that arena officials apparently did not want illuminating the night sky.

After T.J. Oshie’s shootout goal sank Russia and powered the United States to a dramatic 3-2 win, the exterior of Bolshoy was conspicuously blank.

Check it out below, with a stick tap to SB Nation. 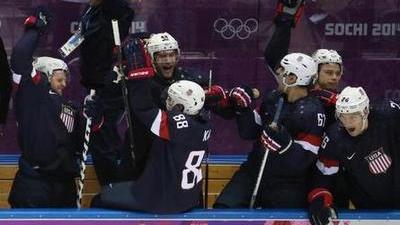