The Boston Red Sox left no doubts about their future at second base last season by signing Dustin Pedroia to a long-term contract extension that will keep him in Boston through 2021.

Pedroia?s extension seemed inevitable despite the Red Sox?s recent reluctance to hand out lucrative, long-term contracts. The four-time All-Star is the heart and soul of the Red Sox, and Pedroia?s contract actually is an extremely team-friendly deal despite reaching nine figures.

Either way, Pedroia was going to be Boston?s second baseman in 2014. The new contract, however, ensures that Pedroia likely will be a Red Sox for life, and that the rest of the roster will be filled in around him on an annual basis.

It?s still worth diving into the Red Sox?s second base situation, though, as there are a few notes worth mentioning before spring training kicks off.

Pedroia, obviously, is the guy. Jonathan Herrera, acquired from the Colorado Rockies this offseason, figures to be the Red Sox’s primary backup, although that could change throughout the year if he proves to be ineffective in his role.

-The Red Sox have arguably the best baseman in baseball at a very reasonable price (Pedroia will earn $12.5 million in 2014). What?s not to like about that if you?re the Red Sox?

-Pedroia played 160 regular-season games and all 16 of the Red Sox?s playoff games last season despite suffering a thumb injury on Opening Day. You can count on him to be in the lineup every day, which can?t be said for a lot of big leaguers nowadays.

-Pedroia underwent surgery on his left thumb this offseason. A glass-half-full outlook suggests he?ll be in a better place physically to begin the 2014 season than he was in for much of 2013. That could mean an uptick in power, as Pedroia no longer will be fighting his thumb.

-Pedroia, fresh off his third Gold Glove season, is one of baseball?s best defensive second basemen. That should make life easier for 21-year-old Xander Bogaerts in the rookie?s first season as the Red Sox?s everyday shortstop.

-Herrera, who will serve as a utility infielder with Boston, has appeared in 181 games at second base over the course of his five-year career. The Red Sox didn?t have a true backup second baseman at the tail end of 2013, which explained why manager John Farrell even tested out Will Middlebrooks at the position later in the year.

-Herrera, a switch-hitter, batted .317 (46-for-145) with a .361 on-base percentage versus right-handed pitching while with the Rockies last season. The Red Sox can feel OK about plugging him in at second base, third base or shortstop — all of which currently are manned by right-handed hitters.

-The Red Sox have a versatile veteran in Brock Holt who could be called up if Herrera doesn?t pan out. Herrera has a minor league option remaining, meaning that he wouldn?t need to clear waivers before being sent down to Triple-A.

-Mookie Betts enjoyed a breakout season in 2013, so it?ll be interesting to see if he takes another step forward in 2014.

-Pedroia hit just nine home runs in 160 games last season — his lowest total since he smacked eight in 139 games in 2008. An increase in power is likely if Pedroia?s thumb is healed, but again, there are two ways to look at that situation.

-Something serious would need to happen for Pedroia not to take the field. If he were to get injured, though, the Red Sox? lineup would take a big hit. Then again, that can be said for most perennial All-Stars and their respective teams.

-While Herrera thrived against right-handed pitching last season, he hit just .220 (11-for-50) with a .264 on-base percentage against left-handers.

-Pedroia will be working with yet another double play partner in 2014 if Stephen Drew signs elsewhere and the shortstop keys are handed to Bogaerts. It?s something that Pedroia is used to by now, but there are always adjustments that need to be made when a new middle-infield tandem works together. It?ll be important for Pedroia to take the 21-year-old under his wing.

Pedroia might be in line for an ever bigger season in 2014 if everything is right with his surgically repaired left thumb, which he injured while diving head-first into first base against the New York Yankees during the 2013 Opening Day tilt. Pedroia could go back to being a 15-20-homer player while maintaining an average around .300.

The big thing is that the Red Sox can expect Pedroia to be in the lineup nearly every day. It?s possible that he could slide up into the No. 2 spot in the lineup, though, as Farrell noted earlier this offseason that he liked the dynamic of Pedroia hitting second and David Ortiz hitting third during the World Series. The Red Sox also will be shaking up their lineup a bit due to Jacoby Ellsbury?s departure.

If Pedroia remains the Red Sox?s second baseman for the duration of his contract, which runs through 2021, it?s likely that his successor isn?t in the organization yet. Right now, Pedroia, who turns 31 in August, is the present and the future.

That being said, Betts is an intriguing second base prospect who has been turning heads down in the minors, so it?s possible that he?ll enter the Red Sox?s major league infield equation at some point in the next few years.

Holt is a versatile veteran capable of moving up to the majors in the event of an injury or something else happening. The same can be said for McCoy, who was signed this offseason.

Meneses, a utility player, received a non-roster invitation to major league spring training again this season. The 22-year-old spent most of last season with Double-A Portland, although he played well in Fort Myers last spring, hitting .385 (5-for-13) in nine spring training contests.

Acosta, who is just 17 years old, was named the Red Sox?s 2013 Minor League Latin Program Player of the Year after hitting .256 (60-for-234) with 11 doubles, eight home runs and 39 RBIs in 63 games for the Dominican Summer League Red Sox. His future position still is unclear. 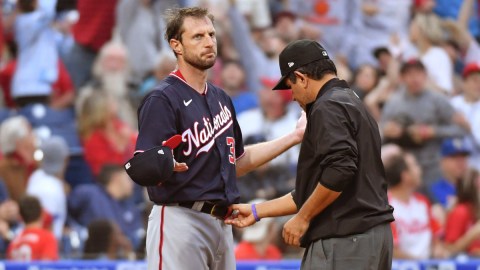