The U.S. men’s national soccer team will hit the road next month for an exhibition game against Ukraine, but it won’t go anywhere near Ukraine itself.

The U.S. Soccer Federation and the FFU, Ukraine’s soccer federation, have decided to move the March 5 game to Cyprus, instead of playing it in Kharkiv, Ukraine, Reuters reported Tuesday.

The U.S. Soccer Federation reportedly asked the FFU to move the game because of the political instability that’s gripping the country, and the FFU complied with the request.

Last Wednesday, U.S. Soccer said it still planned to play in Ukraine, but events took a dramatic turn toward the end of the week. Scores of protesters were killed, and Viktor Yanukovich, Ukraine’s president, was ousted from power.

The U.S. State Department cautioned Americans against traveling to Ukraine on Sunday.

In a statement, U.S. Soccer said it expects to announce specifics about the game’s relocation soon: ?After discussions with the Ukrainian Football Federation, we have decided not to play in Ukraine on March 5 and are planning to move the match to a city in Cyprus. We are in the final stages of discussions with Ukraine and the Cyprus Football Association to determine the location and kickoff time. We hope to have confirmation on all the match details by Wednesday.?

The game will played at the Antonis Papadopoulos Stadium in Larnaca, Cyprus. It kicks off at 2 p.m. ET, and U.S. based viewers can watch it on ESPN2. Last Thursday, a UEFA Europa League game between Dynamo Kiev and Spanish club Valencia also was played in Cyprus.

The U.S.-Ukraine game is billed as the last chance for Europe-based American players to impress head coach Jurgen Klinsmann before he announces the squad for the 2014 FIFA World Cup in May. 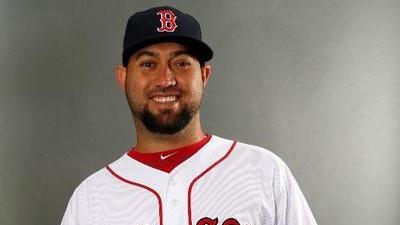 Edward Mujica On Joining Boston Red Sox: ‘Trying To Get My Ring’