Rogelio Chavez is a defender. He’s not supposed to take bold shots, nor should his luck be this good.

Chavez scored one of the greatest goals in recent memory Friday. The Cruz Azul fullback sealed his team’s Liga MX (Mexican first division) victory over Queretaro with a swerving, long-range volley from just inside the halfway line.

Chavez already had converted a 36th-minute penalty kick when he scored the early favorite for the 2014 Puskas Award (FIFA’s goal of the year) late in the game.

With his team leading 2-1 in the 89th minute, Chavez threw the ball into play toward a teammate. The teammate headed it back to Chavez, and the 29-year-old took the shot of a lifetime with his first touch. It bears adding that Chavez struck it with his left foot. He plays right-back.

Most of the fans at Queretaro’s Estadio Corregidora applauded Chavez’s strike despite the fact that it dashed their team’s hopes of earning a point against Cruz Azul.

Chavez’s unbelievable strike was the ninth, and best, goal of his career, in which he has played more than 200 games for three Mexican clubs.

Cruz Azul won the game 3-1 to maintain its lead atop the Liga MX standings.

See Chavez’s volley in the videos below. Pick your jaw up from the floor when you’re done. 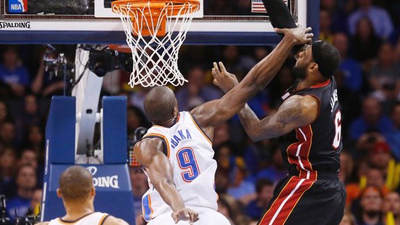