Texas A&M quarterback Johnny Manziel is the most highly anticipated interview among offensive players at this year’s NFL Scouting Combine, and his speed and agility drills will be must-see TV, as well. But Manziel’s not necessarily the best quarterback in this year’s class.

Let’s go through the top offensive players at each position.

Teddy Bridgewater is — so far — the top quarterback in the 2014 NFL draft class. The Louisville product isn’t a unanimous pick among draft experts, but he is the consensus pick.

Manziel and Central Florida’s Blake Bortles are the No. 2 and 3 quarterbacks. Neither are expected to throw at the combine, but they should participate in drills. All three players have athleticism that should impress.

No running back is expected to go in the first round of the draft, but Ohio State’s Carlos Hyde is the consensus No. 1 player. Arizona’s KaDeem Carey, Auburn’s Tre Mason, Washington’s Bishop Sankey and LSU’s Jeremy Hill round out the five players that could be second-round picks this May.

Sankey is the only player in that group projected to run a 40-yard dash in the 4.4-second range. Baylor’s Lache Seastrunk says he can run a sub-4.3.

Clemson’s Sammy Watkins is the top receiver in the draft and an expected top-five pick. Watkins is the best wide receiver to come out since A.J. Green and Julio Jones in 2011.

Texas A&M’s Mike Evans and Florida State’s Kelvin Benjamin have Calvin Johnson-type size. They can help their stock by proving that they’re fast enough to be No. 1 receivers.

UNC’s Eric Ebron has been compared to San Francisco 49ers tight end Vernon Davis. Davis ran a 4.38-second 40-yard dash at the 2006 NFL Scouting Combine. That would be difficult for Ebron to match, despite his impressive athletic ability.

Washington’s Austin Seferian-Jenkins is another player to watch at the position. He’s 6-foot-5 1/2, 262 pounds, but there are questions about his athleticism. A fast 40 time could mean the difference between being a Rob Gronkowski- or Brandon Pettigrew-type prospect.

Auburn’s Greg Robinson and Texas A&M’s Jake Matthews are neck and neck for the No. 1 spot among tackles. Offensive linemen simply need to not embarrass themselves at the combine. As long as Robinson and Matthews run a 40-yard dash in the 5.0-5.2-second range, they should be fine.

David Yankey also has the potential to be a first-round pick, though Stanford offensive linemen have fallen in the draft in recent years.

Arkansas’ Travis Swanson is the top center in Indianapolis this week. Colorado State’s Weston Richburg and USC’s Marcus Martin have also received hype before the combine.

Patriots starting center Ryan Wendell is a free agent. After a subpar 2013 campaign, the Patriots could be in the market for a center in this year’s draft. 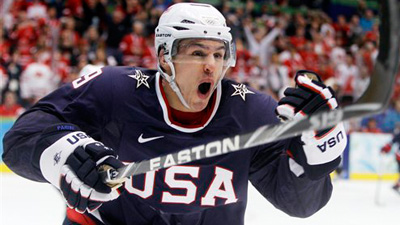 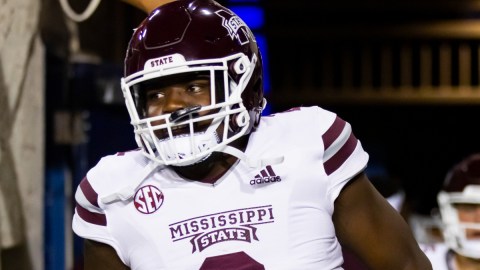