The members of the 2014 U.S. Olympic team will wear what resemble patriotic ugly Christmas sweaters for Friday’s opening ceremony in Sochi. What they’ll be wearing for the closing ceremony leaked via Twitter on Wednesday, and those outfits appear to be a bit more tame.

If a photo posted by U.S. Olympic figure skater Polina Edmunds is accurate, the closing ceremony getup is similar to the one being worn on Friday — both are made by Ralph Lauren — but with a blue-and-red peacoat taking the place of the sweater. The white pants, turtleneck and Napoleon Dynamite boots remain intact, though.

Check out the official opening (on the left) and closing ceremony outfits in the photo below, with a hat tip to Yahoo! Sports’ Fourth-Place Medal blog. 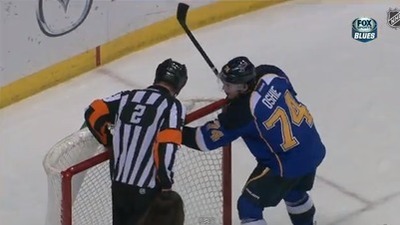