Next week will offer some Europe-based American soccer players one last chance to state their case. Others will show why they’re shoe-ins to make the United States’ squad for the 2014 FIFA World Cup.

The March 5 U.S.-Ukraine exhibition soccer game is the second-to-last game the U.S. men’s national soccer team will play before head coach Jurgen Klinsmann names his provisional World Cup squad in May. Since this is an official FIFA international date, European clubs are obligated to allow their players to go on national-team duty.

The national team will train in Frankfurt, Germany, for two days before flying to Cyprus, which is where the game will be played.

Klinsmann called 24 players up to the national team Thursday, 21 of whom play for European clubs. Tim Howard, Brad Guzan, Geoff Cameron, Jermaine Jones, Michael Bradley, Fabian Johnson, Clint Dempsey and Jozy Altidore will set the tone for the group, as each played significant roles in the national team’s march toward World Cup qualification in 2013.

“The core group of the team is Tim Howard and then Michael Bradley, Jermaine Jones in midfield, Clint Dempsey in front of them and then Jozy Altidore up front,” Klinsmann said. “These five players build our spine.”

The World Cup dreams of the the other 16 players remain in the balance.

Alejandro Bedoya, Mix Diskerud, Sacha Kljestan, Terrence Boyd and Aron Johannsson were squad players at various intervals during qualifying. They can shore up their chances for inclusion with strong performances next week

The fates of the last 11 players are up in the air.

Cody Cropper, John Brooks, Alfredo Morales, Will Packwood and Julian Green are all young and untested at this level. Klinsmann probably called them up in order to expose them to the national-team environment ahead of the 2018 World Cup cycle.

It gets interesting for the final six players.

Edgar Castillo, Tim Ream and Danny Williams have been playing regular games for their clubs in recent months. These bubble players are positioned to make late charges for places on the plane to Brazil, but they must be outstanding next week.

Finally, we come to Oguchi Onyewu, Brek Shea and Juan Agudelo. They’re not strangers to the national team, but each finds himself a new club situation. After months (or years) of inaction, these three have become starters with their new clubs since January.

Klinsmann wants them, and the others, to know that it’s not too late to grab a spot on the World Cup team.

?So, the message to all the players is get a starting spot with your club team, to play week-in, week-out,” he said. “Add to your schedule, on top of your club?s training, maybe one or two sessions a week on your own in order to get yourself a jump start when we go into World Cup preparation camp because it?s going to be very demanding. The message also is that we are on top of them in terms of scouting them, watching them, knowing exactly what?s going on. We talk to their club coaches. It?s a lot of monitoring work that goes on now over the next two-and-a-half months until we start preparation camp for the World Cup.”

Take a look at the latest U.S. national team squad and tell us what you think. 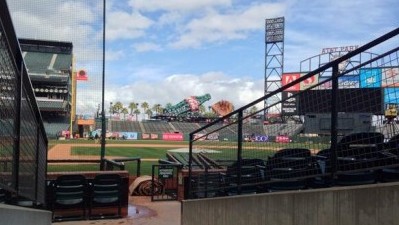