Pete Carroll’s first appearance back on the USC campus was largely a discussion of rather serious football topics — until Will Ferrell showed up.

The Seattle Seahawks head coach, who left Southern Cal just before the program was slammed with NCAA sanctions, had already discussed the Reggie Bush scandal and his thoughts on new Trojans coach Steve Sarkisian when Ferrell, a USC alum and former high school kicker, climbed onto the stage and — with Carroll’s help — booted a football into the balcony. 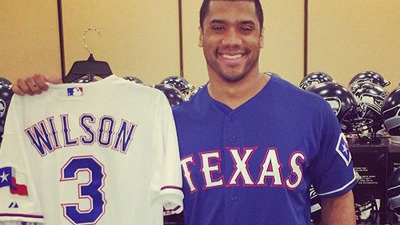 Russell Wilson To Suit Up For Rangers, Spend Spring Training Game In Dugout