Most NHL teams have about 15 games left on their schedule, and with the playoff races heating up, several players are making a strong statement to awards voters with quality performances each night.

The best time of the year to impress voters is March and April. For example, Anaheim Ducks forward Corey Perry carried his team to the playoffs almost by himself during the 2010-11 season, and his stellar offensive run over the final 16 games (19 goals, 11 assists) was enough for him to win the Hart Trophy even though Vancouver’s Daniel Sedin had more impressive numbers.

Check out the leading candidates for each major trophy in the second edition of NESN.com’s Trophy Tracker.

Getzlaf was atop the Hart Trophy rankings last week, but his lead in this race is getting smaller. Getzlaf hasn’t scored in his last eight games, but he does have six assists in that span and is tied for second in scoring with 73 points (29 goals, 44 assists). He’s still the best even-strength scorer in the league with 3.29 points per 60 minutes, and he’s one point behind Crosby for the most primary points (goals and primary assists) with 61. The Ducks captain leads his team in TOI/game among forwards (21:19), shooting percentage (17.1) and plus/minus (26). Getzlaf is also excelling defensively with 75 blocked shots (second-most among NHL forwards), a team-leading 49 takeaways and 2:13 of shorthanded ice time per game. He’s making an incredible impact all over the ice for Anaheim.

Giroux is quickly rising in the Hart race as the driving force behind the Flyers’ recent resurgence. He’s tallied 31 points (11 points, 18 assists) in his last 25 games. The Flyers captain also has won 52.6 percent of his faceoffs and the team is 29-12-3 when he scores a point, compared to 6-13-3 when he doesn’t. Giroux leads his team in more than five offensive categories (including goals, assists and shots) and elevates the performances of his teammates on every shift.

Crosby remains atop the league’s scoring list with 88 points in 67 games, but the Penguins are 4-4-2 in their last 10 games and the captain has just four goals in his last 16 games. Crosby was held scoreless in Pittsburgh’s two losses over the weekend to Philadelphia. He’s going to be one of the three finalists, but the 26-year-old isn’t making the same kind of impact that Getzlaf and Giroux are for their teams.

Keith ranks second among defensemen in scoring (52 points) and first in assists (50). He leads Chicago in ice time per game (24:29) and contributes 5:22 of special teams ice time each night. The veteran blueliner also has tallied 75 blocked shots and a team-leading 49 takeaways. Keith’s QoC of 28.8 helps proves that he defends the opponents’ top forwards every game.

Chara has been phenomenal for Boston. He defends the opposing team’s best forwards each night (evidenced by his QoC rating of 30.0, third-best among d-men) and logs a team-leading 24:53 of ice time per game. He’s a major reason why Boston ranks second in GAA and eighth in penalty killing (he gets 3:13 of shorthanded ice time per game). In addition to his stellar defense, Chara is also adding offense with 32 points. The Boston captain’s 16 goals (nine of which were scored on the power play) are his highest total since 2008-09. MacKinnon could not play again this season and he’d still be the favorite for the Calder. He leads all rookies in goals (22), assists (30), shots (190) and game-winning goals (five). The Avalanche center also has 23 power-play points. He’s playing a major role on a playoff contender in an ultra-competitive Western Conference.

Trouba is a future No. 1 defenseman already playing a major role for the Jets. His high hockey IQ, maturity and ability to make plays quickly without panicking is remarkable for a rookie. Trouba’s offensive skills are rapidly improving, and he ranks fourth among rookie d-men with 25 points. He also ranks third among rookie d-men in blocked shots (98), fourth in hits (90), fifth in takeaways (20) and first in ice time per game (22:22). The 20-year-old starts 32.3 percent of his even-strength shifts in the defensive zone, which is incredibly impressive for a rookie.

Krug has been fantastic offensively and leads all rookie d-men with 35 points, but he hasn’t been as strong defensively as Trouba.

Rask has emerged as the top candidate for the Vezina during the Bruins’ nine-game win streak. He has a 31-14-4 record with a 2.07 GAA (10th in NHL) and a .929 save percentage (best in NHL among goalies with 30-plus starts). He also leads the league with six shutouts and a .941 even-strength save percentage.

Rask has gone eight straight games without giving up a first-period goal, which has helped the Bruins overcome a number of slow starts recently. The argument against Rask is that he plays in front of a defensive juggernaut, which has some truth, but he still faces 29 shots per game, Boston’s penalty kill has been inconsistent and several of his defensemen have missed games because of injuries.

Rask and Bishop are near-locks to be finalists, which creates an interesting debate over the third choice. St. Louis’ Ryan Miller and Toronto’s Jonathan Bernier have a case, but Colorado’s Semyon Varlamov deserves it right now. He’s 34-13-5 with a .927 save percentage, and there have been stretches this season where Varlamov has dominated his opponents. He’s the primary reason for Colorado’s turnaround from the worst team in the West to one of the best in just one season.

Bergeron remains the clear frontrunner for this award. He starts 71.2 percent of his shifts in the neutral or defensive zones, defends the opponents’ top players (29.5 QoC rating), blocks shots (47) and leads Boston in takeaways (41). Bergeron also has the third-best faceoff percentage (59.0) among players who’ve taken 500-plus draws, and leads the league with 867 faceoff wins. His excellent performance on the penalty kill is a major reason why Boston ranks second in GAA. Bergeron is also the third-best possession player with a 5v5 CF% of 60.7, which means the Bruins usually have the puck when he’s on the ice. He’s the top candidate for the Selke whether you use normal stats, advanced stats or the eye test.

O’Reilly has made a strong case for a spot as a finalist over the last few weeks. He’s tallied 32 blocked shots, 31 takeaways and has won 51.2 percent of his faceoffs. Even though O’Reilly plays a physical style of hockey, he still hasn’t taken a penalty of any kind this season. The 23-year-old forward also plays an important role on the Colorado penalty kill and leads all Avalanche forwards in ice time per game.

Roy has led the Avalanche to second place in the Central Division and the fifth-best record in the league with 93 points. He’s also getting a young team to play well on a consistent basis, which isn’t easy. Colorado is 7-3-0 in its last 10 games and defeated Chicago for the third time this season last week. It’s also important to note the tremendous impact that Roy has made on Varlamov’s improvement as a No. 1 goalie.

Jon Cooper’s brilliant coaching is one of the main reasons why the Lightning have a 99.2 percent chance of making the playoffs after many experts predicted they’d miss the postseason for the third straight year. He’s done a wonderful job developing forwards Ondrej Palat and Tyler Johnson, who rank second and third in rookie scoring, respectively.

Julien has led the Bruins to the best record in the Eastern Conference despite losing many key players to injuries. Boston has called up several players from Providence to replace injured veterans and young guys such as Torey Krug, Matt Bartkowski and Dougie Hamilton have been forced to play important roles throughout the year, but the Bruins still keep winning because of Julien’s ability to teach, develop and motivate. The Bruins have a league-best 10-game win streak. 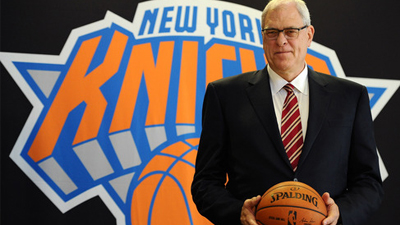