The Colorado Avalanche are one team the top contenders in the Western Conference will want to avoid in the 2014 Stanley Cup playoffs.

Just one season after finishing with the second-worst record in the NHL, the Avalanche are in third place in the Central Division and have an 11-point lead for the third and final guaranteed playoff spot.

They even have a 4-1 record against the defending champion Chicago Blackhawks, and if the playoffs began Friday, the Avalanche and Blackhawks would play each other in Round 1.

The keys for Colorado’s success this season have been a balanced scoring attack and consistently strong goaltending from Semyon Varlamov, who has emerged as a top Vezina Trophy candidate.

Much like the Boston Bruins, Colorado is getting offensive production from all four lines. In fact, the Avalanche are the league’s only team with five 20-goal scorers. Four of them are centers.

Colorado ranks sixth in goals scored and seventh in power-play percentage. The Avalanche have scored fewer than three goals in just one of their last 13 games and have a 32-0-2 record when leading after two periods.

In addition to veteran forwards such as Matt Duchene and Paul Stastny playing well, No. 1 overall pick Nathan MacKinnon also has impressed. He recently broke Wayne Gretzky’s record for the longest point streak by an 18-year-old (12 games) and leads all rookies in goals, assists, points and shots.

Colorado has incredible team speed, and when that’s combined with the squad’s extraordinary skill and depth, it’s no wonder this team’s offense is difficult to contain.

But Varlamov (34-13-5, .925 save percentage, 2.49 goals against average) has been the most encouraging part of the Avalanche’s campaign. Rookie head coach Patrick Roy, a former goalie himself, has done a great job developing Varlamov’s fundamentals. The 25-year-old netminder is playing with so much more poise and confidence compared to last year. He’s also keeping his team in games with clutch third-period saves and is the main reason the Avalanche have the best win percentage (.697) in games decided by a single goal.

In addition to their talented group of forwards and quality goaltending, the Avalanche are a tough matchup because they fight for loose pucks, play physically, avoid mistakes by making safe plays and control their emotions when faced with adversity. The team’s improved defense and gritty style of play are because of Roy, who knows firsthand how important quality defense is to winning Stanley Cups from his days with the Avalanche and Montreal Canadiens.

Simply put, Roy is a winner. He’s a three-time Stanley Cup champion as a player and won a Memorial Cup title as head coach of the Quebec Major Junior Hockey League’s Quebec Ramparts in 2006. He’s instilling the same work ethic and passion that drove him as a player in his Avalanche team, and it shows on the ice.

Colorado still is a young team, and a Stanley Cup this season would be a surprise given the Avalanche’s lack of experience. But for the top teams in the West, such as the Blackhawks, St. Louis Blues, San Jose Sharks and Anaheim Ducks, a seven-game series with the Avalanche would be a difficult challenge. 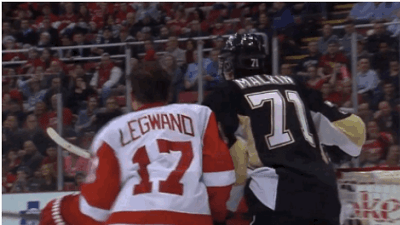