BOSTON — For six out of the last seven years, Brad Stevens has prepared for the NCAA tournament as a coach. This year, he’ll approach it like the rest of us do — minus game-planning to stop Paul Pierce and Joe Johnson in between games, of course.

As Stevens and the Boston Celtics near the end of the NBA season, March Madness is just heating up. The former Butler coach, who once led the Bulldogs to back-to-back championship games, is looking forward to just watching and enjoying the games this time around.

“I said for the last 13 years that the thing I missed most was being a fan,” Stevens said. “In this tournament, when I have time, when I’m not getting ready for who we’re playing or just working, I’m going to treat it as being a fan. I’m looking forward to that.”

Stevens developed many close friendships in men’s college basketball in his 13 years as a Butler assistant and head coach. He singled out former Butler assistants Jeff Meyer and LaVall Jordan, now on John Beilein’s staff at Michigan, among those he’ll be rooting for most.

He will have a dilemma in the first round, however, with Ohio State facing Dayton. Thad Matta, his first boss at Butler, leads the Buckeyes, while Kevin Kuwik, a former director of basketball operations at Butler, now serves on Archie Miller’s staff with the Flyers. (Butler did not make the field after a 14-16 season.)

Leaving college coaching also means Stevens can now fill out a bracket without feeling guilty. He refused to say who he has winning, although he does have a mid-major team making the Final Four. Not going all chalk apparently runs in the family, too.

“We have one at home, but it’s just an in-home deal,” Stevens said. “I’m not going to get into the picks. I’m not going to put myself out there like that. I will say, I filmed my 4-year-old daughter picking hers, and it is quite entertaining, as you can imagine.

“American’s in the Final Four, because we have an American flag.” 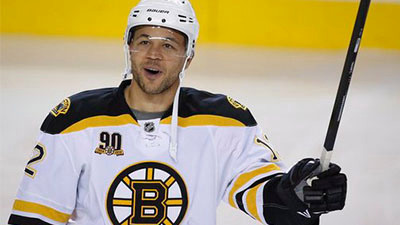