Boston Bruins center Patrice Bergeron is one of the best all-around players in the NHL, and that’s backed up by traditional stats and advanced metrics. There’s a reason he’s a contender for the Selke Trophy just about every season.

But when you put Bergeron under a microscope, you start to see how effective he really is. Bergeron makes an impact in all three zones on just about every shift, but unless you’re really watching, you probably won’t notice.

Let’s look at Bergeron’s performance, from start to finish, in a Jan. 14 loss to the Toronto Maple Leafs. Why that game? It’s somewhat random, but it also happens to be one of Bergeron’s better outings of the season. Then again, you probably could pick any game, break it down and find Bergeron doing good things.

Bergeron finished with one goal and one assist in 18:52 of ice time, and he also logged 3:04 of power-play time and 3:00 of penalty-kill time. He was a plus-2 and wasn’t on the ice for any of Toronto’s goals in what was a 4-3 Boston loss, and he was 16 of 29 on faceoffs. But those numbers only tell part of the story.

The puck is sent deep along the boards, and Leafs defenseman Dion Phaneuf appears to have position in the corner. Bergeron gets in on the forecheck (see below) and forces Phaneuf to send a backhanded clearing attempt along the boards. Zdeno Chara keeps the puck in the zone and sends it back down along the boards. Bergeron ends up beating both Joffrey Lupul and Phaneuf to the puck. Bergeron passes to Reilly Smith, who comes down the left wing and puts the puck on net. Bernier makes the save, but Marchand is there for the rebound and the goal.

8:41: A faceoff win in the Toronto zone leads to a Johnny Boychuk shot.
8:53: An offensive-zone faceoff win leads to two more Boston shots.
10:22: Bergeron intercepts a pass in the Boston zone, sends the puck the other way for Smith, leading to Bruins possession.
10:48: Bergeron scores.

Bergeron spends this offensive shift all over the Toronto zone. He starts by winning a puck on the left wing, then skates back toward the slot, where he tries to deflect a Boychuk shot from the high slot. Bozak has a chance to get to the puck and clear after the deflection, but Bergeron beats him to the puck and whips it down to Marchand.

11:57: Penalty-killing shift. Bergeron loses a defensive-zone faceoff, but 4 seconds later, he beats Cody Franson to a puck along the blue line and chips it out.
15:33: After changing on the fly, Bergeron again jumps on against the Bozak line. He immediately clears the puck out of the defensive zone after James van Riemsdyk can’t gather the puck in the slot.
15:47: Bergeron wins a puck battle along the Boston bench. The Maple Leafs miss on a pass that goes for icing.

0:15: Marchand wins a race to the puck in the Toronto end. As he does, Bergeron goes straight to the net. That brings both 36 and 24 with him, which opens up the slot for Smith. Marchand passes to the charging Smith, who puts a shot on net with Bergeron creating traffic in front. Bergeron tries to jam in the rebound, but Bernier makes a toe save and eventually covers.

0:23: Bergeron loses an offensive-zone faceoff but back-checks and forces the Leafs off side.
1:02: Boychuk continues the offensive possession by pinching down along the walls, leaving his spot as the right defenseman vacant. Bergeron cycles to the point to fill in for Boychuk, who by then is below the goal line. Bozak tries to clear, but he can’t, and Bergeron keeps the puck in. He then throws the puck at the net, which is a good decision, given the fact that both Smith and Bergeron have slipped in behind the Toronto defense and are in position to make plays. The puck ends up deflecting wide, though.
2:41: Power-play shift begins.
2:50: Torey Krug takes a shot from the blue line. Bergeron, situated at the high slot, deflects the puck on net, and Bernier makes an impresive pad save.
3:18: Toward the end of the power play, Bergeron walks the puck down the right wing. With everyone in white looking at him, Bergeron fires a pass through the slot to David Krejci on the left wing. Krejci can’t finish, though. 5:50: Penalty-killing shift
8:07: Power-play shift
11:39: Bergeron takes a hit along the boards in the neutral zone to move the puck to Smith, who carries it into the offensive zone.
11:47: See Bergeron on the right of the screen? See the puck on the left behind the net? Bergeron will be the first one to that puck. 12:04: Bergeron muscles Bozak off the puck along the right-wing boards, and the Bruins keep offensive possession. That shift ends with a lot of offensive zone time.
13:29: Penalty-killing shift. Bergeron loses the defensive-zone faceoff, but he’s the one who ends winning and clearing the puck.
18:24: Bergeron steals the puck from Phaneuf in the Boston zone in the left faceoff circle. Bergeron then shovels it to the net, and Bernier has to cover up for a faceoff in the Toronto zone.

1:50: The Bruins transition out of their own zone for a short stint in the Toronto zone before Bergeron goes off for a change.
4:00: Penalty-killing shift. Bergeron wins the defensive-zone faceoff, and Marchand skates the puck all the way down the ice into the Toronto zone.
4:52: Bergeron blocks a Phaneuf shot — with his face. 7:30: Power-play shift
10:37: Bergeron wins a defensive-zone faceoff, eventually leading to a scoring chance for Marchand after transition. Bernier makes a blocker save, though.
12:07: Penalty-killing shift. Bergeron wins the defensive-zone faceoff, and the Bruins clear the puck.
14:25: Bergeron beats Phaneuf to a puck along the boards, then pokes it around to Marchand, who carries it around the net and passes to Adam McQuaid at the point. McQuaid gets an open shot, but Bernier makes the save.
17:03: Final 5-on-5 shift
18:30: Bergeron comes on as an extra attacker.
18:45: Bergeron wins a stick battle with Lupul in the Toronto end and keeps him from clearing the zone. Ten seconds later, Bergeron again keeps Lupul from clearing by keeping the puck in at the top of the offensive zone.
19:15: Bergeron keeps the puck in again. This time, it’s at the blue line, just barely.
19:27: Van Riemsdyk gets an empty-net chance but misses wide. Bergeron hustles back and keeps JVR from being able to score. Bergeron then fires the puck up the ice to a charging Iginla on the right wing. Iginla probably is just about out of gas at that point and can’t get off a quality shot before the Maple Leafs catch him. 19:38: Bergeron makes an outlet pass to a streaking Iginla, then heads to the bench, ending his night. 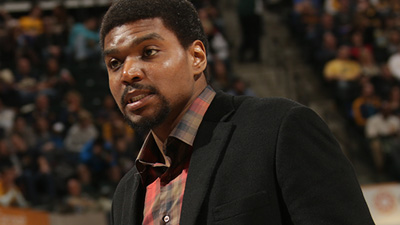