Bruins Clean Up Some Areas In Win Over Rangers But Still Have Work To Do - NESN.com Skip to content The best news for the Boston Bruins is that they were able to get back in the win column on Sunday night against the New York Rangers. That has to be worth something, even more than the two points that comes with the team’s first win in its three post-Olympic break games.

The Bruins were able to get themselves a 6-3 win on Sunday night at Madison Square Garden. In the process, the B’s snapped a mini two-game skid out of the Olympic break after losses to both the Buffalo Sabres and the Washington Capitals. That alone will make the short trip back to Boston a good one.

Yet the Bruins aren’t out of the woods just yet. Despite lighting up Henrik Lundqvist for six goals, the Bruins still left a lot to be desired on the defensive end. The B’s, who allowed nine goals in their first two games back from the break, still allowed three goals to the Rangers on Sunday night. That total could have been much greater had it not been for goaltender Tuukka Rask who was absolutely sensational in the first period. Rask made 19 first-period saves that kept Boston in the game and allowed the B’s to come back and eventually win. But the fact that the B’s came out flat and allowed 20 shots in the first period? Well that’s kind of an issue.

The Bruins have allowed an average of 33 shots per game in their three contests since returning from the break after the Rangers peppered Rask with 42 shots on goal Sunday night. There are still far too many defensive breakdowns and too many errors in all three zones. The Rangers generated a lot of chances off of sloppy neutral-zone play from the Bruins in addition to a few turnovers at the offensive-zone blue line as well.

Of course, Rask was there to bail the Bruins out when things got real shaky. And the Bruins also deserve credit for tightening up in the third period where they allowed just eight shots on goal. They still haven’t solved all of that ails them, though, and thinking otherwise would be a mistake. Rask isn’t going to be able to stand on his head every night. With a busy March schedule, backup Chad Johnson will be called on to play even more, and it’s unlikely he ever turns in a performance like Rask did in New York. If Johnson was in net, the Bruins would have likely been run out of the building.

That’s not to say there weren’t positives in addition to the two points. The Bruins’ penalty kill was fantastic after a rough showing against Washington, and that unit even potted a goal with Gregory Campbell’s shorthanded goal. The first line broke out Sunday night as well, thanks in large part to one of Milan Lucic’s best games of the season. The fourth line, led by Campbell’s two goals, has been the club’s best line since coming out of the break. Rask was Rask.

The Bruins can certainly feel good about themselves after breaking through against a Rangers team fighting for its playoff lives. But they probably also know that they need to be even better moving forward. 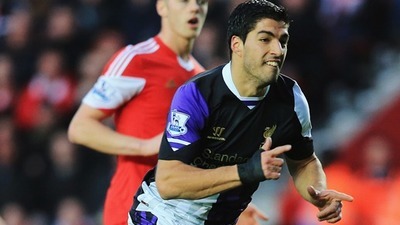