The Bruins needed an extra five minutes of overtime and then a seven-round shootout, but they got out of Tampa and the first round of their Florida swing with a 4-3 shootout win over the Lightning.

“They played well,” Bruins coach Claude Julien told NESN’s Jamie Erdahl after the game. “That’s what I was telling our guys. We were going to have to be really good to beat these guys. Because in the first period, they did a great job of taking away our time and space like we had done to Washington the game before. We really had to work hard.”

The Bruins were still able to get out of the period without any real damage after a scoreless 20 minutes. The Lightning struck twice within the first 4:13 of the second period. The Bruins came back to tie the game 2-2, but Valtteri Filppula gave Tampa Bay a 3-2 lead just 62 seconds after Boston tied the game in the middle frame.

The result was a 3-2 Lightning lead after the first two periods. Of course, the fact that the Bruins were trailing by just a goal heading into the third period was a good sign for the Bruins. The B’s entered the game having outscored their opponents 77-43 in the third period this season. And as they have many times this season, the Bruins came out with a dominant third-period effort.

Bruins coach Claude Julien tried to jump-start his team heading into the third, and it obviously worked. Julien put fourth-liner Daniel Paille on Patrice Bergeron’s line with a temporary demotion for Reilly Smith. That, along with just a better effort, sure looked like it sparked the Bruins.

The B’s outshot the Bolts 13-4 in the final period, and finally broke through to tie the game when Johnny Boychuk blasted a slap shot by Tampa Bay goalie Ben Bishop. That actually should have been the go-ahead goal, though. A potential Bruins power-play goal for Bergeron was wiped away by the increasingly infamous “intent to blow” rule. The Bruins also hit three posts in the third period.

Luckily for the Bruins, they didn’t let any sort of frustration get in the way. They carried that play over with a strong overtime period and Smith’s lone shootout goal gave Boston the two points. They wouldn’t have been in the position, however, without (yet another) strong third period. 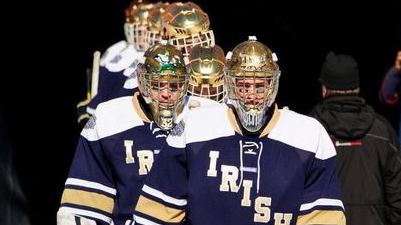