Final, Celtics win 91-84: It wasn’t the prettiest performance, but in a season short on victories, the Boston Celtics will take whatever they can get.

This game groaned to a halt in the closing minutes thanks to some creative officiating, but the end result was the second win in the last nine games for the Celtics (21-41). The Brooklyn Nets (30-30) fell back to .500 and former Celtic Paul Pierce finished out with a pedestrian 10 points in 21 minutes of action.

Joe Johnson led all scorers with 21 points, while Rajon Rondo led the Celtics with 20 points, nine assists and seven rebounds. Jared Sullinger hauled in 12 rebounds, but it was a tough night for Boston’s bigs. Sully and Kelly Olynyk fouled out, and Brandon Bass escaped with five personals. The Celtics somehow won despite committing 28 turnovers, yet they did outrebound Brooklyn 51-28.

Fourth quarter, 2:23, Celtics 91-79: It’s not OK to exhale yet, because these are the Celtics, but Bayless just gave the TD Garden crowd reason to feel a bit more comfortable. The Celtics have stretched their lead back to a dozen in the final three minutes. Just some solid defense and time-saving offensive possessions, and the Celtics could snap their two-game losing streak.

Fourth quarter, 6:30, Celtics 82-71: The ball is really flying up and down the court, just not into the basket.

It’s been a while since the last basket by either team — almost 3 1/2 minutes, in fact. Eventually, someone will score. At least, we hope so.

Fourth quarter, 8:24, Celtics 82-71: Things are a bit sloppy to begin the final 12 minutes. The Nets have one — count ’em, one — point in the first three-plus minutes, while Sullinger has been forced to the bench with five tough fouls. Pressey just committed a turnover that was, well, interesting, after he knifed into three defenders under the hoop, jumped and threw a pass behind him to nobody.

End of third quarter, Celtics 78-70: Thanks to Green, the Celtics got their groove back. Green’s always been known for his hype-man skills, after all.

Green’s and-one fadeaway jumper jump-started an 8-2 run after the Nets had narrowed the gap to two points. Sullinger chipped in a three to help the run, and Olynyk had a chance to add to it. But Olynyk missed a layup at the buzzer, so the Celtics will have to settle for an eight-point advantage heading into the fourth.

Considering the way they played in the third quarter — which wasn’t all that well — they are fortunate they have a lead at all.

Third quarter, 3:12, Celtics 70-62: The Nets have bounced back nicely from their malaise, while the Celtics — and their fans — suddenly seem to have fallen asleep.

It’s deathly quiet at the Garden. It was easy to here Stevens call for a timeout across the court while the Celtics and the crowd sleepily went through the end of the third quarter.

Boston’s 18-point edge is now down to eight. If the Celtics don’t rediscover some intensity, they could sleepwalk their way right out of the lead.

The Nets have come out of halftime looking oddly as disjointed as they did in the first half. The Celtics have run out to a 11-5 start to the second half, with Bass delivering a three-point play and Humphries finishing a Green pass on the break.

Halftime, Celtics 53-41: Do the Nets know there is a game going on? From the looks of their play, they must not.

The Celtics are outrebounding the Nets 27-14 and hold a double-digit lead despite committing 13 mostly unforced turnovers. The Nets are a cool 0-for-17 from deep and have trailed by as many as 17 points.

Paul Pierce has played slightly better than his 10-point, two-rebound, two-steal stat line suggests, while Rajon Rondo has played slightly worse than his 16-point, five-rebound, two-assist line suggests. Rondo’s actually cost the Celtics a couple of baskets. He called for an end-of-clock clear-out before airballing a three, when he had time to run a pick-and-pop with Kris Humphries or Brandon Bass. He also swiped the ball from Kelly Olynyk in the paint, when the rookie appeared to have an easy bucket.

Second quarter, 2:41, 48-37: Olynyk and Rondo are humming along, each breaking double figures in scoring with plenty of time left before halftime, but this lead feels tenuous.

Olynyk is not going to play this well the entire game, we presume, and the Nets aren’t going to shoot 33 percent the whole way. At some point, somebody in a black uni is going to find a rhythm.

Johnson has already started a little bit, scoring 11 points to lead the Nets, but he’s had to battle his own teammate, Thornton, who is 0-for-5. The Nets are cold and it’s up to the Celtics to keep them that way.

Second quarter, 5:55, Celtics 41-29: Babb left lasting impressions with his play and attitude in preseason. He’s repeating the feat in the regular season.

Babb has taken three shots, all 3-pointers, and hit two of them. He also set up a three-on-one fast break by poking a loose ball away from Joe Johnson to Pressey. Even though Pressey sort of ruined the advantage by passing the ball backward to Bayless, who missed a three, Babb earned applause from the crowd when he subbed out for Rondo.

Olynyk has five points on a spot-up three and a layup off a sweet dish from Pressey to help extend Boston’s lead to a dozen. The Nets don’t exactly have the 1972 Lakers on the floor in Mirza Teletovic, Marcus Thornton and others, but they still probably shouldn’t be getting dusted by this group.

End of first quarter, Celtics 26-20: Rondo has set out to show Pierce he’s carrying on the captain tradition well, apparently.

Rondo is on fire, racking up 13 points on 5-for-6 shooting, including an absurd 3-for-3 from beyond the arc. He’s got five rebounds and two assists, which isn’t quite enough to put him on triple-double watch yet, but don’t go too far.

On Brooklyn’s side, Pierce is having his way inside and out, leading the Nets with eight points. Aside from Mason Plumlee, who is 1-for-1, Pierce is the only Brooklyn player shooting better than 50 percent from the field. The Nets are 8-for-20 as a team.

First quarter, 6:00, Celtics 14-10: This is Pierce’s second game in Boston as an opposing player, but fans still sound a bit confused. A sizable group of them cheered when Pierce scored an inside bucket in traffic.

They may want to reassess their allegiance, because their team is actually performing well. Jeff Green has four quick points and Rajon Rondo has five points and three rebounds. His 3-pointer set a new single-season record for him for threes in a season.

5:55 p.m.: The Nets are rolling, and Celtics fans will not be shocked to hear that Pierce is a big reason why.

The longtime Celtic has moved to power forward while the team has run off an impressive stretch of 10 wins in their last 14 games. The lineup shuffle has made Brooklyn less traditional and more unpredictable, something they haven’t been on offense for most of the season.

“The league is such that, if you can find a three-man that you can move to the four because of his size, body and intelligence, then that’s a great benefit,” Celtics coach Brad Stevens said during his pregame media availability. “I don’t think it’s a coincidence that they’ve hit their stride by playing that way, because we say it’s undersized (but) he’s not really undersized.

“He’s bigger than our fours, for the most part, and we’ve got a few of them. He’s a big, strong guy down there, so he can hold his own on the block and he can really stretch you on offense.”

As has already been reported, center Vitor Faverani is out for the season with a torn meniscus. Stevens also provided an update on Avery Bradley, who has increased the load on his right ankle but is still likely at least a week away from returning.

10:34 a.m.: Stepping back into TD Garden for shootaround on Friday morning, Paul Pierce felt another twinge of emotion. But it’s wasn’t the same as his first time back here as a member of the Brooklyn Nets.

It’s different now that the initial reunion is over.

“All the emotions are out,” Pierce said at shootaround. “It’s still going to be a little emotional every time to come into this gym, being in a place so many years, so many memories here, but I don’t think it’ll be as much as it was last time.”

Pierce makes his second appearance in Boston as a member of the Brooklyn Nets on Friday, when the Boston Celtics host their former captain’s squad. Chances are the fans will show their appreciation, but it’s unlikely to be as emotional as his first time back — which would be a tall order, anyway.

The Nets (30-29) are starting to look a little more like the team most people envisioned before the season, having won four straight games. They have not lost consecutive games since the beginning of February.

Kevin Garnett won’t suit up, as the Big Ticket is dealing with back issues that have kept him sidelined for the last three games. But the Celtics (20-41) will welcome back a different former big man, whose appearance is still kind of a big deal. Jason Collins will play his first game against the Celtics since announcing he was gay last April, shortly after he was traded away last season. 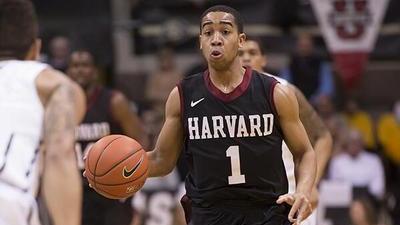