Final, Pacers win 94-83: It was sort of weird to see David West throw down a wide-open dunk with nine seconds left and the Boston Celtics clearly conceding defeat. But whatever. It didn’t affect the end result.

The Indiana Pacers (47-17) snapped a four-game losing streak with David West scoring a game-high 24 points, but they didn’t look particularly convincing doing it. The Celtics (22-42) had 20 offensive rebounds, outscored Indiana in the paint 36-30 and won the battle of second-chance points 25-8.

The Celtics saw their two-game win streak snapped despite getting 17 points and nine rebounds from Jared Sullinger off the bench.

The Pacers’ four-game losing streak is just about out the window, though they won’t be thrilled with their performance. The Celtics, who will snap a two-game win streak, play tough for a while but ultimately look headed for defeat.

Fourth quarter, 2:22, Pacers 88-80: The lead is growing for Indiana, but let’s take a minute to appreciate how darn good Sullinger has played tonight. Against the NBA’s best front line, Sully hasn’t backed down. He has 17 points and nine rebounds to give the Celtics a chance, which is all a team like them can ask against a team like the Pacers.

Still, the Pacers are the Pacers. Stephenson is maddeningly inconsistent, but he’s scored two big buckets to make the Pacers feel a bit more comfortable heading into the waning minutes.

Fourth quarter, 5:34, Pacers 79-76: Twice, the Celtics were within one point of the Pacers, with Babb and Johnson on the court. Is there room on the list for an eighth wonder of the world? If so, that might be it.

Johnson’s been cutting and hustling, Babb is playing solid defense on George and Sully is cleaning up any shots the Celtics don’t make. The Celtics now have 18 offensive boards — they have just 20 defensive rebounds — and are winning the battle of second-chance points 19-8.

They have also committed just one turnover since halftime, so that helps.

Sullinger’s hauled in two offensive boards already in this quarter, and his straight-on three pulls the Celtics within one possession. Bynum, who had such a promising start, has picked up a couple of fouls and he hasn’t been a fan of either one.

The Pacers hold the advantage once their first unit comes back in, but for now, with the reserves on the floor (plus Rondo), the Celtics have the edge in guts.

End of third quarter, Pacers 69-61: After George woke up, Green stirred as well. After missing eight of his first 10 shots, Green has been aggressive, getting a nifty and-one reverse layup and aggressively driving for a trip to the foul line.

Green’s now the third Celtic in double figures, joining Humphries and Johnson, and the Celtics are within striking distance heading into the final 12 minutes.

George scored two straight buckets, one of which should have been an and-one, and the Pacers are suddenly threatening the leave Boston in the dust again. Lance Stephenson converts a physical driving layup to give Indiana its largest advantage of the game.

Third quarter, 6:31, Pacers 55-47: The George-Green matchup should be this game’s marquee attraction, if only because George is really good and Green has all the tools to be so as well. So far, it hasn’t panned out that way.

Green finally has his second basket of the game, hitting a step-back jumper to make him a cool 2-for-10 from the field. At least he’s trying to score, though. George has taken just five shots and has three fouls and three turnovers, with just four points.

Halftime, Pacers 49-40: The best thing anybody can say about this first half for the Celtics is that they’ve really t’d off the Pacers.

West, Hibbert and anyone else in a yellow jersey has loudly expressed his displeasure with the referees and, by extension, the Celtics. Brandon Bass has challenged Indiana down low, something the Pacers aren’t used to.

Points in the paint are just 20-14 in favor of the Pacers, which is essentially a net victory for the Celtics.

The Celtics have managed to stay close by limiting their turnovers and getting to the line. They’re shooting only 36 percent and are being beaten on the glass 24-16, but they have committed just seven turnovers (to Indy’s 10) and are 8-of-9 from the foul line. Humphries is Boston’s only player in double figures in scoring with 10 points, while Hill leads the Pacers with 12 points.

Second quarter, 4:11, Pacers 40-31: Luis Scola and Evan Turner have bolstered Indiana’s bench, turning a unit that was once just expected to tread water into one that can do some real damage.

Scola has scored nine points with very little trouble against Kelly Olynyk, who has picked up three fouls — all of them earned, despite what he apparently thinks. Turner’s baseline jump shot gives the Pacers their largest lead of the game at nine points and draws a quick timeout by Brad Stevens, who can feel his team’s grasp on this game slipping.

Second quarter, 6:33, Pacers 31-28: At this point, if you don’t admire the job Chris Johnson’s done with the Celtics, you’re not much of a basketball fan.

The Dayton product just keeps making plays to warrant being on the floor, and we’re not talking about the 3-pointer he just knocked down, either. We’re talking about the hustle play he made to save a ball headed out of bounds, then stepping back in bounds to drill the shot.

Also, credit Phil Pressey with recognizing Johnson’s hustle and giving him the ball right back after he’d come back in bounds.

Second quarter, 8:54, Pacers 28-22: Jared Sullinger isn’t quite used to coming off the bench yet, but he has been effective. He’s kept that up with some tough work in the paint, resulting in four points and two rebounds in less than seven minutes of work.

End of first quarter, Pacers 24-20: Question any aspect of the Pacers you want, except David West.

While Hibbert’s looked a step slow and Bynum’s drawn cheers for four points and five rebounds, West continues to be his team’s rock. The big four-man leads all scorers with 10 points, missing just one of the six shots he has attempted.

Without West, the Pacers probably don’t lead the Celtics right now — and that says a lot about the state of the Pacers.

Rajon Rondo hasn’t had a great shooting start, taking seven shots and missing all but two. But he’s leading a relatively effective Boston offense, even bouncing a sick dish to a cutting Chris Johnson for a layup. The Celtics are shooting just 36 percent, but they’ve held tight on the boards and have avoided disastrous turnovers, which are small victories against the typically formidable Indiana defense.

First quarter, 2:32, Pacers 18-16: Andrew Bynum is making his Pacers debut, and you’d think a knowledgeable fan base like Indiana’s would know his history and make him earn their love. Apparently not.

Bynum was cheered when he entered the game and drew roaring applause when he threw down a dunk for his first basket as a Pacer. It’s sort of strange that Pacers fans would embrace him so quickly. It’s almost unseemly.

One set of people fans aren’t cheering is the officials. Both teams are getting unusually upset with the referees early, even if the officiating has been questionable. Bass and George are on the bench with two fouls each — a couple of them phantom at best — but if they’re this exasperated this early, we had to see what this devolves into in the second half.

First quarter, 6:41, Celtics 10-7: Indiana has no answer up front for Brandon Bass and Kris Humphries. No, really.

Both teams went almost the first two minutes without a basket, with Bass breaking the ice with a pair of free throws. Since then, Humphries has scored six of the Celtics next eight points, taking it right to Roy Hibbert with no fear.

The Pacers have lost four straight games and it’s not hard to see why. Their defensive rotations are nowhere near as tight as they have been this season, and Hibbert and David West look oddly soft on the glass here early.

6:21 p.m.: Tightness isn’t a problem for the Celtics before taking on the Pacers, apparently.

Sully had better hope Roy Hibbert and the Pacers had a whole lot of bottles full of bub’ if the Celtics hope to extend their win streak to three games. A lot has been made of Indiana’s supposedly tough times, but the fact is they are 21-12 since Jan. 1. By comparison, the Miami Heat are 20-10 and the San Antonio Spurs are 21-9.

If only we all could have tough times like this.

8 a.m. ET: The Boston Celtics have won two in a row, good enough to close within five games of an Eastern Conference playoff spot and restarting the insane talk that they might be “too good” to secure a spot in the NBA draft lottery.

Worst of all, they’re playing the Indiana Pacers, whom they played tough in their last meeting.

If all of this sounds inherently ridiculous to you, congratulations: You’re still mostly sane. Still, the Celtics (22-41) have played well enough of late to believe this game won’t be a complete walkover for the Pacers (46-17), who retain the best record in the East — and the second-best record in the league — despite a four-game losing streak. 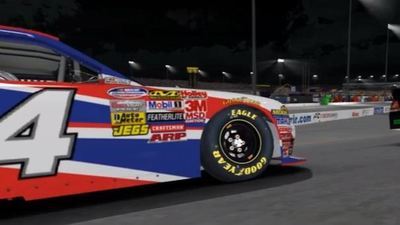 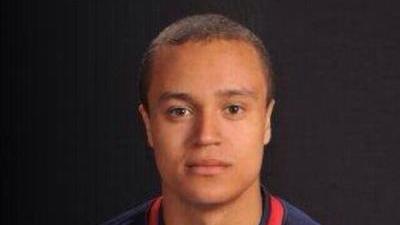