Creighton steamrolled DePaul in the quarterfinals of the Big East tournament Thursday night, and the Blue Jays racked up some serious style points in the process.

Holding a 10-point lead midway through the second half, Creighton guard Devin Brooks launched up what appeared to be an extremely off-target alley-oop. The line-drive pass clanged off the side of the basket but somehow bounced directly to Austin Chatman, who squared up and calmly drilled a 3-pointer.

And, perhaps most surprisingly, the play did not involve Doug McDermott, who finished with a game-high 35 points but was a spectator for the improbable basket.

Check out another view in the GIF below, courtesy of SB Nation.

The agony of March. 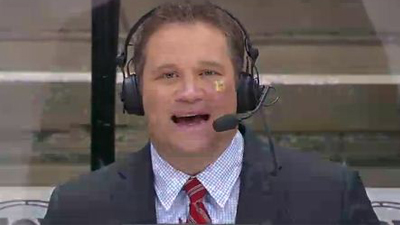