Even as he took in batting practice with the Washington Nationals, Doug Flutie kept a little piece of Boston with him.

The Natick, Mass., native, who was a guest at Red Sox spring training earlier this week, visited the Nats on Friday, where he was presented with his own personalized No. 22 jersey — the number he wore as a Heisman Trophy winner at Boston College.

Flutie stayed true to his roots, though, pairing the Nationals uni with some American flag shorts that feature both Red Sox and Boston Strong logos. 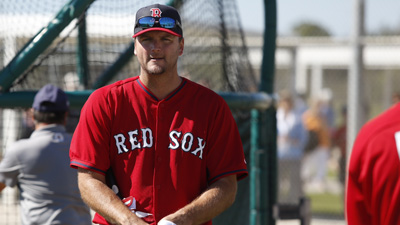