ECHL goalie Cody Reichard channeled his inner Tim Thomas on Monday to make a ridiculous, flailing save against the Kalamazoo Wings.

Reichard was behind the net to play the puck when it took a weird bounce off the boards and slid right in front of the Solar Bears’ empty net.

It appeared all the Wings had to do was tap it in, but they didn’t account for Reichard’s ridiculous athleticism. The goalie lunged from behind the net and sprawled out with his arm and glove, making an incredible stop and bringing the fans to their feet.

The Solar Bears ultimately lost the game 4-3 in overtime, but at least Reichard has some new material for his personal highlight reel.

Check out his unbelievable save in the video below. 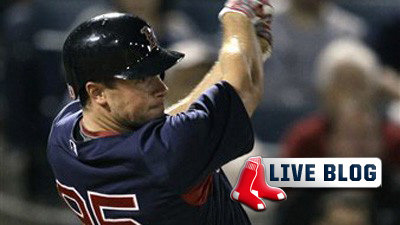 Jon Lester On Contract Talks With Red Sox: ‘Nothing Has Gone On Recently’