WALTHAM, Mass. — Jared Sullinger resurrected an old story about Stephen A. Smith on Tuesday. Back in 2012, when Sullinger was finishing up his career at Ohio State, Smith loudly declared in his Stephen A.-way that the sophomore big man was not worth an NBA draft pick.

Sullinger was too heavy, Smith complained. He was too short. He didn’t have the athleticism or the work ethic or the winning attitude — or whatever the folks at ESPN’a “First Take” use to support their arguments — to make it in the pros.

Now a foundation member of the rebuilding Boston Celtics, Sullinger hasn’t forgotten Smith’s words. As Sullinger said them Tuesday, college players across the country were vying for an NCAA championship while also subjecting themselves to the discerning watch of NBA scouts and media critics. While a few weeks in March seldom make or break a prospect, they can force teams to adjust their outlooks.

For Sullinger, who actually saw his draft stock take a slight hit during Ohio State’s run to the Final Four, the tournament wasn’t much of a showcase. But for Butler’s Gordon Hayward, the star of the Bulldogs’ first championship-game run under now-Celtics coach Brad Stevens, the madness only strengthened his case.

“I think it probably raised it, but he was already solidly in the mix of people that (teams) were considering,” Stevens said. “I think that throughout the tournament, he was obviously one of the best players. So, the longer you get that kind of exposure against really good teams, the better, especially for a guy that wasn’t on TV quite as much as others.”

Hayward was named Horizon League player of the year, but the only other regular-season honor he received that year was as an academic all-American from ESPN The Magazine. The former tennis player eventually brought Butler within a back-rim halfcourt shot of winning the national title, and he went ninth overall to the Utah Jazz in that June’s draft.

One issue for this year is not only if the tournament has changed the minds of teams, but if it has changed the minds of players. Duke’s Jabari Parker was depressed after his team’s tournament loss, calling his first year with the Blue Devils “incomplete.” Some observers have questioned Andrew Wiggins’ readiness for the NBA after his forgettable shooting performance in Kansas’ loss to Stanford. Charles Barkley is among the analysts who have called for both big-name prospects to stay in school.

Once the dust clears and the emotion dissipates, however, chances are Parker, Wiggins and others will make the same decision Rajon Rondo did as a sophomore at Kentucky, after his Wildcats lost to UConn in the round of 32.

“I didn’t affect me,” Rondo said. “I was pretty much out of school the next week.”

The NCAA tournament does many things to many people. For some, it’s the birthplace of a chip on the shoulder that will last for a career, while for others, it’s a launching point to something greater. Then there are those for when it simply reaffirms what they knew all along, that the NBA is where they belong, no matter what scouts, coaches or pundits might say. 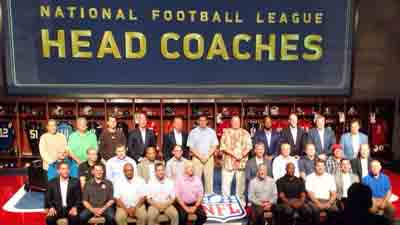