FORT MYERS, Fla. — The umpires were busy during Thursday?s spring training game between the Boston Red Sox and Minnesota Twins.

The umpires needed to review Mike Napoli?s deep foul ball in the top of the sixth inning to make sure it wasn?t a home run. Then, in the bottom of the sixth inning, Red Sox manager John Farrell called for his first challenge under the new expanded replay system after a close call at first base.

?Not real good,? Farrell joked when asked his first impression of the new system. ?I lost a challenge.?

Farrell indeed lost Thursday?s challenge. He called for the challenge when Twins shortstop Danny Santana grounded into what the manager thought was a 4-6-3, inning-ending double play. Santana was ruled safe at first base, and Farrell disputed the call, which was upheld upon further review.

?More than anything, it was the first time we challenged something,? Farrell said. ?While the setup isn?t the same as we?ll have during the regular season — with no ability to review (the play) ourselves (on video) prior to asking for the challenge — it?s there, and we chose to use it.?

Farrell has long been an advocate of expanded replay. Farrell said several times last season that getting calls correct is paramount despite outside criticism from those arguing expanded replay takes away from baseball?s human element.

One particular element that might fall by the wayside now that Major League Baseball has implemented expanded replay is arguing with the umpire. Since managers can challenge plays — one in the first six innings (two if the manager?s first challenge is successful) — skippers might have a little less beef moving forward, although even the boys in blue still are working to get a firm handle on the new system.

?I think this is something that they?re getting accustomed to,? Farrell said after Tuesday?s game, which the Red Sox won 4-3. ?It?s going to take a lot of the confrontation out of things that you?ve got this to go to. We?ll see how that unfolds going forward.? 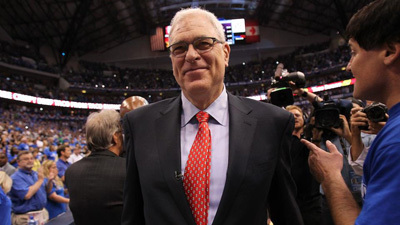 Celtics President On Reports Phil Jackson Will Join Knicks: ‘Bring It On’