Just two of Manziel’s throws hit the turf, and both of them were dropped, as Manziel performed in front of NFL head coaches (and a former president) in College Station, Texas. The potential top 10 pick showed improved footwork and an impressive deep ball.

Manziel wore a helmet and shoulder pads while throwing to his receivers, including first-round prospect Mike Evans. Quarterback training coach George Whitfield chased Manziel with a broom to mimic pressure.

Check out some of the highlights from Manziel’s pro day session from Twitter. 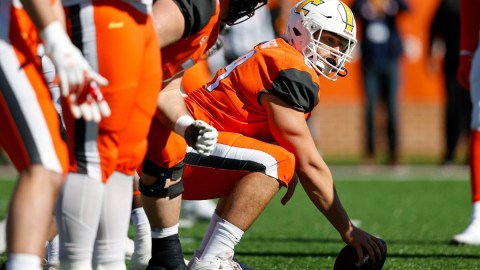