Jon Lester?s bout with cancer had a profound impact on the Boston Red Sox pitcher?s life.

Lester?s whole world changed in 2006 when the left-hander was diagnosed with a treatable form of anaplastic large cell lymphoma. The 30-year-old no longer takes anything for granted.

“I think it helped shape me,” Lester recently told WEEI.com?s Rob Bradford at Red Sox spring training in Fort Myers. “It helped make me appreciate things a little bit more. Obviously, when you go through something like that and have something taken away, it makes you appreciate things.

?They were worried (about whether) I would be able to have kids. I think it helps shape you as a man, as a person and just kind as a whole.”

Lester returned to the diamond following his successful battle with cancer in July 2007. He earned the victory in the Red Sox?s World Series-clinching game later that year, and then tossed a no-hitter in 2008. Lester since has enjoyed plenty of success, which should earn the lefty, who is slated to hit free agency next offseason, a lucrative contract, whether it be in Boston or elsewhere.

“It’s weird. It’s a whole different mindset. Sometimes I think you have to pinch yourself and realize it seems like yesterday all that stuff was going on,” Lester told Bradford of his battle with cancer. “To go through that, then the whirlwind in 2007, leading up to this point. It just has gone by so fast.”

Lester?s baseball future is somewhat blurred. The two-time All-Star?s outlook on life, however, is as clear as day. 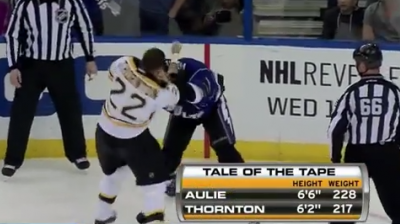