?Prioritizing shortstop play, and while Brock has made strides on the left side of the infield, particularly from the start of last year, we felt with the acquisition of Jonathan there was more middle-of-the-field experience and that?s the choice made,? Farrell told reporters in Fort Myers on Thursday.

Herrera was acquired from the Colorado Rockies over the offseason in exchange for pitchers Franklin Morales and Chris Martin. The 29-year-old switch-hitting infielder batted .292 (57-for-195) in 81 games while playing mostly shortstop and second base with Colorado last season. Herrera has worked extensively this spring training to gain more experience at third base.

De La Rosa had a shaky spring, yet remains one of Boston’s top pitching prospects. The hard-throwing right-hander will report to the minors as a starter, according to Farrell. 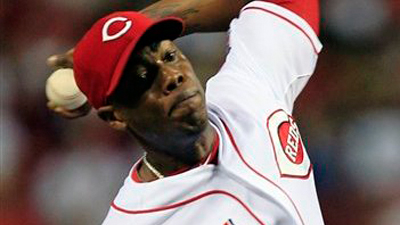