Final, 3-0 Liverpool: It’s all over, as Liverpool coasts to victory at Old Trafford. Yes, you read that correctly.

Steven Gerrard’s double dose from the penalty spot and Luis Suarez’s late goal provided the difference in the scoreline, which accurately reflects both teams’ performances on the day and throughout the season.

Liverpool controlled the game with a determined and focused approach, which allowed the Reds to limit their mistakes and withstand Manchester United’s limp attack. Manchester United fought bravely for 45 minutes, but that combative spirit also led to the errors that gave away penalty kicks.

Gerrard’s first penalty kick stunned Manchester United. His second sealed the result, even though there was a full half of soccer left to play. Such is the extent of Manchester United’s demoralization.

The Reds’ comprehensive victory takes them up to second place in the Premier League standings, just four points behind Chelsea.

That’s all for now, and thanks for joining us. Let’s discuss this one on Twitter @NESNsoccer and Facebook. Be sure to watch for reaction, analysis and opinion that’s on the way on NESN.com.

Meanwhile, Liverpool fans at Old Trafford are going bonkers with delight at their team’s performance.

86th minute, 3-0 Liverpool: Lucas is coming on for Gerrard.

Sturridge appeared to be taking a left-footed shot from 18 yards out, but his mis-hit drive rolled to Suarez, who got behind United’s back line and beat de Gea from close range.

The Liverpool captain shot to de Gea’s right this time.

77th minute, 2-0 Liverpool: Vidic fouls Sturridge in the box, and Liverpool has another penalty kick.

Clattenburg shows Vidic his second yellow card. The Manchester United captain has been sent off, leaving his struggling team with 10 men.

Surprisingly, Sterling played centrally for most of the game. The teenager was energetic behind Suarez and Sturridge. Coutinho will be expected to have the same impact.

Also, Vidic was booked for a foul on Suarez. Rafael fouled Suarez afterward, but Clattenburg booked Vidic and left the Brazilian alone.

70th minute, 2-0 Liverpool: Liverpool’s control of the game is turning into domination, as Manchester United simply can’t get anything going.

The hosts are misplacing passes all over the field. They look short of both inspiration and ideas.

56th minute, 2-0 Liverpool: The Reds have been in cruise control since Gerrard’s second.

Rooney collided with Skrtel a few minutes back and wanted a penalty kick, but Clattenburg denied his half-hearted appeal.

Other than that incident, Liverpool has stayed composed as Manchester United tries to muster a reaction. 46th minute, 1-0 Liverpool: It’s another penalty kick for Liverpool, just 24 seconds after the start of the second half.

Jones barged into Allen from behind, sending the Liverpool midfielder to the ground.

Halftime, 1-0 Liverpool: The first half is complete, and Liverpool leads Manchester United.

After a lively opening, both teams took a cautious and focused approach for most of the first period, making it difficult for either team to create many scoring chances. But Liverpool had a slight advantage in this department. Perhaps it’s a fair reflection of both teams’ season and recent form.

The game’s tension stifled most players and seemed to get the best of Rafael. The young fullback started brightly but lost his concentration at a key moment. His 32nd-minute foul on Gerrard was a prelude to his more serious infraction one minute later — the handball that gave Liverpool a penalty kick.

Both sets of players should play with more freedom in the second half. Manchester United must push more players forward and leave gaps in defense. The Red Devils might not do it right away, but Liverpool will be ready to counter with its devastating attackers.

44th minute, 1-0 Liverpool: After combining with Rafael on the right side, Januzaj sent a low cross into the box, which Rooney drove at Mignolet from around 15 yards. The Liverpool goalkeeper palmed it away.

42nd minute, 1-0 Liverpool: Manchester United put Liverpool under pressure after Gerrard’s goal, but the Reds have absorbed it and look confident of taking their lead into the break.

The Manchester United goalkeeper had no chance to save the shot, which Gerrard placed into the side of the goal. 33rd minute, 0-0: As Suarez tries to dribble around Rafael, he pops the ball into the air, and Rafael handles it in the area. Rafael can consider himself lucky not to have received his second yellow card of the game.

It’s a penalty kick for Liverpool.

32nd minute, 0-0: Flanagan takes out Januzaj and gets the game’s first yellow card.

A few seconds later, Rafael returns the favor by taking out Gerrard in the corner. Rafael also finds himself in the referee’s book.

26th minute, 0-0: The game hasn’t exploded into a “blood and guts” showcase yet. Both teams have taken a methodical approach, knowing the result will hinge on small details.

Neither team has shown a willingness to take great risks, and it appears players are largely sticking to their respective game plans.

17th minute, 0-0: Manchester United has focused much of its attack on its right and Liverpool’s left.

Rafael, alongside Rooney on occasion, has been locked in a fierce battle with Flanagan. The Brazilian fullback has run at his Liverpool counterpart a few times, with each winning about half of the duels.

12th minute, 0-0: Liverpool entered the game as the favorite and has played like it in the opening stages.

While the game has been tight — with tough tackles coming from both teams (as expected) — Liverpool has created more danger in the final third and has more shots (two). The Reds’ pressure has made it difficult for Manchester United to establish a rhythm.

Fifth minute, 0-0: Suarez dribbles into the Manchester United penalty area but ends up tangled with Jones and Fellaini. There were muted calls for a penalty, but referee Mark Clattenburg wasn’t interested.

Pregame: Here are the starting lineups:

9 a.m. ET: With 10 games remaining in the Premier League campaign, Liverpool is chasing the title, while Manchester United is searching for direction.

Two of English soccer’s biggest rivals meet Sunday, as Liverpool visits Old Trafford for what should be a season-defining contest.

Third-place Liverpool hasn’t played since its 3-0 win over Southampton on March 1, but the players’ focus and intensity during the two-week interval between games impressed manager Brendan Rodgers.

A win at Manchester United would help bring Liverpool within four points of league-leading Chelsea, keeping the Reds firmly in the title chase.

Despite a win at West Brom last weekend, Manchester United occupies seventh place in the standings. Anything short of victory against Liverpool will all but end the Red Devils’ hopes of a top-four finish and qualification for season’s UEFA Champions League.

The pressure builds when rivals meet in decisive games like this one, and recent form does little to help predict the outcome. All we can do is watch and enjoy what happens.

Sunday’s game kicks off at 9:30 a.m. ET. Stay right here, as we’ll bring you all the action from Old Trafford. 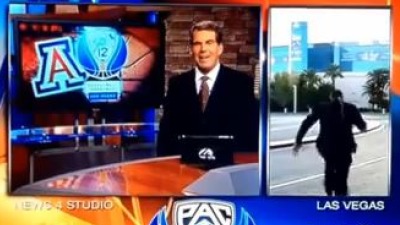