A report came out of Philadelphia that the Patriots had “inquired” about the speedy, undersized Jackson. “Inquired” can mean a lot of things in the NFL. And while I’m certainly not doubting CSN Philly’s report, it probably also didn’t tell the full story behind the Patriots’ phone call. It’s highly doubtful New England will trade for Jackson.

Many times, when trade interest between two teams leaks, a connection exists between personalities in both organizations. It’s possible the Philadelphia Eagles were trying to drum up interest in Jackson, and the Patriots were willing to throw their name out as a team that wanted him. Patriots head coach Bill Belichick and Eagles head coach Chip Kelly are buddies.

It wouldn’t be the first time that’s happened. For example, it’s quite a coincidence that the three teams that previously have shown “interest” or “inquired” about New England backup quarterback Ryan Mallett are teams with a connection to Bill Belichick and the Patriots: the Houston Texans (head coach Bill O’Brien was the Patriots’ offensive coordinator in 2011), Cleveland Browns (current Patriots employee Michael Lombardi was their general manager at the time of the rumor) and Tampa Bay Buccaneers (possible Patriots employee Greg Schiano was head coach).

The NFL isn’t quite as unfriendly as some people assume it is.

There has been some speculation that the Patriots could fit Jackson, Edelman and LaFell into the offense at once by trading slot receiver Danny Amendola to the Eagles as part of a package. That’s extremely implausible, since it wouldn’t even save the Patriots money. Also, trades for one player are unlikely. Trades involving two players are even more improbable.

There’s also the issue of salary-cap room. The Patriots are under the cap by $6.3 million before Edelman’s four-year, $17 million contract is accounted for, and Jackson is set to earn a bloated $10.5 million base salary in 2014. Jackson’s a good player — he caught 82 passes for 1,332 yards and nine touchdowns in 2013 — but he’s probably not a $10 million player, especially for a money-conscious team like the Patriots.

The Patriots have surprised before — a Darrelle Revis acquisition looked unlikely just a few short weeks ago — but a trade for Jackson would be even more out of character for Belichick. It’s more likely Belichick was just doing Kelly a favor by allowing the Patriots’ name to be leaked. 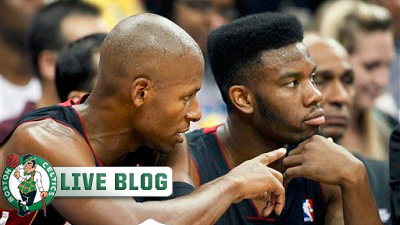