There were a lot of misses in the first round of the 2009 NFL draft.

It wasn’t loaded with elite talent, but it was one of the deeper classes in recent memory. It also seemed to be plagued with injuries. Top players such as pass rusher Brian Orakpo, wide receiver Percy Harvin and cornerback Lardarius Webb haven’t lived up to their full potential because of various ailments.

Leading up to May, NESN.com will reset every NFL draft from 2006 to 2013. This time, it’s the 2009 draft. The Lions still would have taken Matthew Stafford No. 1 overall if they could do it all over again, but check out how the rest of the chips would have fallen.

Stafford hasn’t reached “elite” quarterback status yet, but he helped turn around the Lions, so he still deserves to go No. 1 overall.

Matthews might be the best player in the entire draft. He dealt with injuries in 2013 but still racked up 7.5 sacks in 11 games.

Orakpo also has dealt with injuries, but he had a nice bounce-back season in 2013 with 10 sacks.

It’s safe to say Curry was a mistake at No. 4 overall. McCoy is a rare back who can catch the ball out of the backfield and be used on first and second down as a bellcow. He has shown impressive durability despite less-than-ideal size.

If the Browns drafted Foster, they never would have used a top pick on Trent Richardson. It’s amazing that Foster went undrafted.

Monroe is the best tackle to come out of this draft class. Smith was a disappointment.

The Raiders definitely wish they could have this pick back. Harvin has been inconsistent in his five-year career, but he has been great when he’s on the field.

The massive contract Byrd just signed with the New Orleans Saints was based on his impressive play on the field. Byrd has been one of the best safeties in the NFL since being taken in the second round by the Buffalo Bills.

It was unfortunate to see Melton tear his ACL in 2013. He was emerging as one of the best three-technique defensive tackles in the NFL.

Davis probably didn’t deserve a four-year, $39 million contract, but he does show flashes of being a top-tier cornerback.

Maybin was a massive mistake at No. 11 overall. Johnson has been a much better player, and he was a third-round pick.

Wallace had a disappointing 2013 season, but there was a reason he earned a huge contract from the Dolphins last offseason.

It’s amazing that Bennett went undrafted after the career that he has had. Any disappointment he might have experienced on draft day can be forgotten now that’s he’s earned a big contract with the Seahawks.

Knighton had an incredible breakout season in 2013 with the Broncos. He’s being placed at No. 14 overall for that season, not the four before it.

Webb has dealt with injuries, but if he can stay healthy, he’ll be a top cornerback in the league.

Vollmer didn’t even get invited to the combine, then got drafted in the second round by the Patriots. He’s a right tackle in New England, but he has the ability to play on the left side, as well.

Guards aren’t typically taken in the first 20 selections, but Vasquez is one of the best players in this draft.

Cushing is another player who has dealt with injuries during his career. He was having a nice season in 2013 before breaking his fibula.

This draft is full of top interior linemen. Unger is a Pro Bowl center when he’s healthy.

Unger and Mack are both fantastic talents. The Cowboys would be lucky to get a player like Mack that can solidify a line.

Crabtree would be a lot higher if he could stay healthy. He turned around the 49ers’ season in 2013.

The Vikings would love it if Harvin fell to them at No. 22. They will have to settle for one of the league’s best guards.

The Patriots could have solidified their pass rush in 2009 before it was too late. Kruger earned a big contract last year with the Browns.

Smith wasn’t worth a top-10 pick, but he has played like a first-rounder in the last three seasons.

The Dolphins were lucky to grab David No. 25 overall. Trading him to the Colts doesn’t look like a such a great move at this point, though. Loadholt has been a top right tackle.

Nicks has been inconsistent with the Giants, but he has 4,622 career yards with 27 touchdowns.

Brown finally had a breakout year in 2013 — just in time for a new contract. Lang has been much more consistent.

Jenkins hasn’t been worth the No. 14 overall pick as a cornerback. But a move to safety helped him save his career.

Like so many other players in this draft, injuries have plagued Maclin, who had the potential to be the best wideout in this draft class.

The Titans would have to take McCourty 173 picks earlier to grab him in the redraft.

There were three running backs taken in the first round in 2009 and, amazingly, none of them were McCoy or Foster. The Cardinals would have been better off helping out wide receiver Larry Fitzgerald with fellow wideout Hartline.

Quin’s been a top safety since being drafted in the fourth round. He earned a big contract from the Lions last offseason. 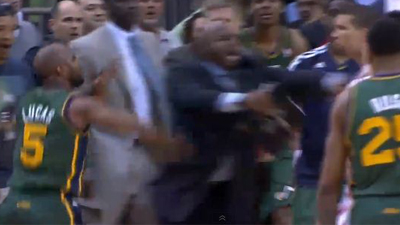 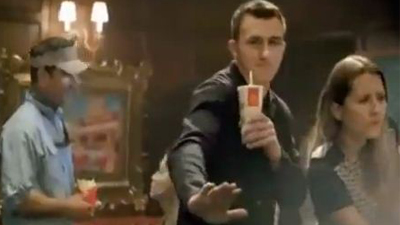