We shouldn’t expect any major changes to the NHL rulebook to come out of the annual general managers meetings, which conclude Wednesday in Boca Raton, Fla.

However, two small adjustments likely to be recommended to the league’s competition committee are wider faceoff hashmarks and punishing players who cheat on the draw by pushing them back further from the dot.

If the new faceoff measures pass the competition committee, they will go to the Board of Governors for final approval.

It seems like there isn’t much support among the GMs for significant overtime changes, such as extending the length of overtime or adding another extra period of 3-on-3 hockey before games are decided in a shootout.

New York Rangers general manager Glen Sather said a 3-on-3 overtime format is “a bit of a pipe dream.” 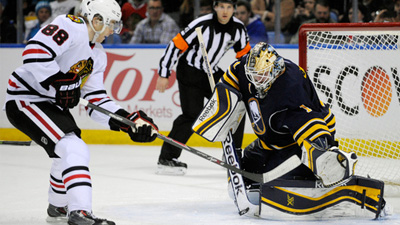