Notre Dame and Maine punched their ticket to the Hockey East tournament quarterfinals with first-round victories on Saturday night.

Notre Dame will play No. 2 Boston College in the quarterfinals on March 14 and 15 (and March 16 if necessary).

Boston University’s season, one of its worst in the last 25 years, ended with the loss to Notre Dame. Robbie Baillargeon’s goal at 14:33 of the third period trimmed the Fighting Irish lead to 3-2, but BU was unable to find an equalizer. The Terriers finished 2013-14 with a 10-21-4 record (5-12-3 in HEA) and failed to reach the quarterfinals of the Hockey East tournament for the first time in school history.

Maine defeated Merrimack 2-0 at Alfond Arena in the other first round matchup on Saturday’s schedule. Senior goaltender Martin Ouellette was the best player on the ice in a 29-save shutout performance. Senior forward Mark Anthoine opened the scoring just 2:01 into the first period, and sophomore forward Devin Shore secured the victory with an empty-net goal in the final minute of regulation.

Junior goaltender Rasmus Tirronen played well with a 33-save effort, but it wasn’t enough for Merrimack to keep its season going. The Warriors finished in last place in Hockey East with a record of 8-22-3 (3-15-2 in HEA).

Maine will play Providence in the quarterfinals on March 14 and 15 (and March 16 if necessary). 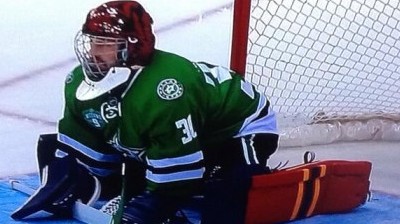 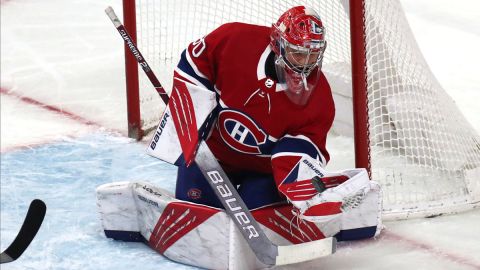 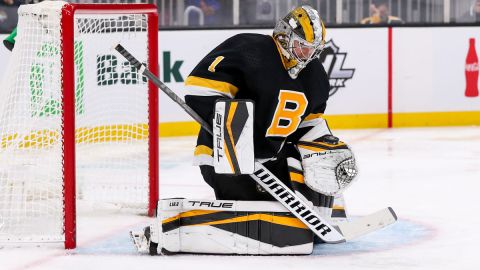